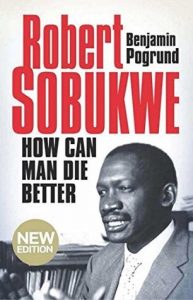 How Can Man Die Better?
I learnt about Robert Sobukwe on a trip to South Africa earlier this year. In 1960, Sobukwe led a mass defiance of South Africa’s pass laws and changed the course of the country’s history. This biography is the story of one of the lesser known heroes of the anti-apartheid movement.

Run for Your Life
In this magazine, Luke Leighfield interviews a bunch of everyday runners. It’s a beautiful insight into what drives people to put on their trainers and hit the trail.

The RSC has brought Hamlet to The Hackney Empire. It’s wonderful. 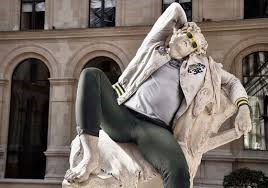 What is it about Greek and Roman art that still fascinates us? How can contemporary art help us see ancient works with new eyes?  The Classical Now , a major exhibition at Kings College London, attempts to answer these questions  by placing ancient Greek and Roman statues in marble, bronze, ceramic and mosaic alongside more modern works by Pablo Bronstein, Pablo Picasso, Michael Craig-Martin Grayson  Perry, Damien Hirst and a slew of big ticket contemporary names.  The show which runs until April 28th is split between the Bush House Arcade and Somerset House’s Inigo Rooms.

In honor of science legend and wit Stephen Hawking’s death earlier this month, maybe it’s time to re-read, or in my case read, A Brief History of Time. Hawking once famously hosted a party for self-proclaimed time-travelers, but only sent the invite after the party. No one showed and he used this as evidence that time travel is not possible. If the book, which sold over 10 million copies and was touted by some as ‘the greatest unread book’ is not your thing, then I loved the film The Theory of Everything with Eddy Redmayne.

Anyone heading to Dublin soon (March 28-April 7) might want to add the stage adaptation of best-selling novel Grief is the Thing with Feathers, to their itinerary. Author Max Porter reportedly said that the play has been “given wings” by playwright and director Enda Walsh. Meanwhile Walsh reportedly added that he read the play in one go in the bath. “It absolutely floored ((him) emotionally”. 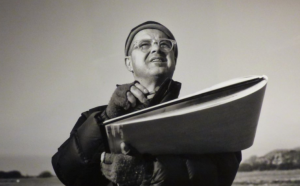 Finding Vivian Maier
A documentary about the prolific street photographer Vivien Maier who was only discovered recently and who is now being hailed as one of the best US street photographers of the 20th century. Showing on 24 March at the Towner Gallery, Eastbourne. 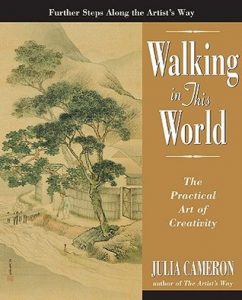 Walking in This World
The sequel to The Artist’s Way by Julia Cameron; the familiar layout, the inspiring quotes, her igniting words – a tonic for the soul. 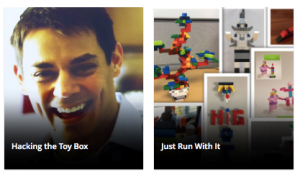 At my company, customers tell us our people make all the difference. So to build that human aspect of our brand, I’ve begun Hitachi Vantara Stories to present our people and their fresh ideas. A handful are posted now, with more coming. ­­ 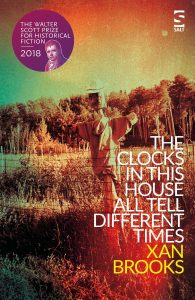 The Clocks In This House All Tell Different Times by Xan Brooks
A very interesting and unusual take on the legacy of WW1, powerful, savage and funny, with a picaresque cast of characters. The house in question, Grantwood House, a 17th century stately home, is an inspired creation and I’m proud to say that, when I suggested to the author on Twitter that I thought it ‘part Brideshead, part Gormenghast’ he replied to say he loved that description.

The 7th Function of Language by Laurent Binet
Takes as it’s starting point the idea that Structuralist Roland Barthes was deliberately run over and killed rather than by accident and has great fun thereafter interweaving real cultural theorists with a fictional detective story.

My Absolute Darling by Gabriel Tallent
Not an easy read in one sense, being about an abusive survivalist father/young daughter relationship in remote Northern California but stunning and original, with two unforgettable central characters.

Jez Butterworth’s The Ferryman
I was lucky enough to see this a few weeks back. Had read some criticism of it indulging in Paddywhackery stereotypes of the Irish. Being 2nd generation Irish myself, I didn’t feel that at all. Great performances, very powerful, very dark in places and also extremely funny.

I have been enjoying Narrative Magazine’s website. Always some fabulous poetry, and short fiction and non-fiction pieces to read.

750words.com is another site I love. Every day, I write for 10 minutes straight, putting down whatever pops in my head.

What I’ve been up to

Excited about participating in the Armistice Day project, too. I noticed this old building in my town (which is on the National Register of Historic Places) and I may have found my subject.

And I’ve resurrected my blog from the dead.