At Wordstock 2015, Andy Miller urged us to “read dangerously” and read big. So, I did.

Beautiful, character-driven and compelling, it’s like opening the doors of an exquisite dolls’ house. 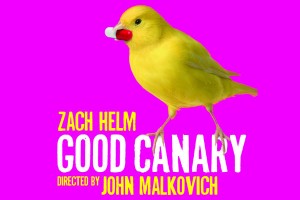 Catching the Canary
Lots of meaty theatre is soon to appear on London stages, starting with Good Canary, John Malkovich’s London directorial debut about an acclaimed novelist dealing with the demands of overnight success and the strains it puts on his fragile family. This hard-hitting play was a huge success in Mexico City and Paris, the latter of where it won awards for best director and best design. Showing 16 September – 8 October.

And playwright David Hare has come out with a new play, The Red Barn, opening at the National Theatre October 6. The psychological thriller, based on the French novel La Main by George Simenon, casts its lens on a wintery night in Connecticut where two couples head home, but not everyone makes it back.

Another wonderful mash-up of fiction and non-fiction, truth and dares, and who cares which is which? Do we have a better writer in the UK at the moment? Perfect late summer holiday reading. 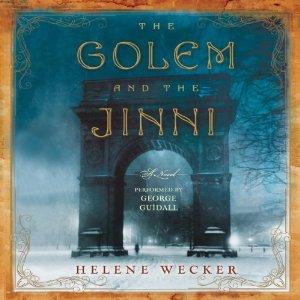 I loved listening to these audiobooks while out on my early morning walks. They are wonderfully written and beautifully performed. They made me feel I was doing something useful while exercising!

The first is: The Golem and the Jinni by Helene Wecker, narrated by George Guidall, is a magical novel, set in 1899 New York. Chava, a Golem, is brought to life by a disgraced rabbi who dabbles in dark magic and Ahmad, a Jinni, is released accidentally from a copper flask where he was trapped by a Bedouin wizard. These opposite creatures learn to navigate the moral conventions of landed immigrants.

The second is: The Muse by Jessie Burton, read by Cathy Tyson. Odelle Bastien arrived in London five years ago from Trinidad and, after a spell as an assistant at a Dolcis shoe shop, she lands a job as a typist in an art gallery. It is a story about aspiration and identity, love and obsession, authenticity and deception.

Versus: The Life and Films of Ken Loach. I love Ken Loach. And I loved this documentary. It’s a look back at the director’s 52-year career and the mark he’s made on film and society.

This one’s for the cyclists. Lost Lanes is a guide to the most beautiful bike rides in Britain. Each ride is accompanied by an essay about the history and landscape, plus the best places to stop for a well-deserved pint.