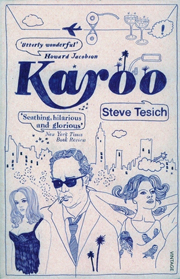 Saul Karoo is an ageing, overweight script editor who lives in New York. His estranged wife tells him: “You’re falling apart, sweetheart. Physically, emotionally, spiritually and psychologically.” Karoo would like to care about his adopted son, Billy, but is actually more concerned about the fact that alcohol no longer gets him drunk. Steve Tesich was an Oscar-winning scriptwriter himself and the plotting is masterly in this 1998 novel, published just after the author’s death. I was totally drawn into Karoo’s world as he orchestrated happy endings that seemed destined to end in tragedy. Fiona Thompson

I suspect this link might be a source of amusing diversion to 26ers – a list of 20 untranslatable words from different world languages. I’m particularly drawn to one close to home from Scots: Tartle – the act of hesitating when you’re introducing someone because you’ve forgotten their name. It’s interesting how a number of them seem to refer to deep existential angst. Obviously hard to put into words. Or word. http://matadornetwork.com Martin Lee 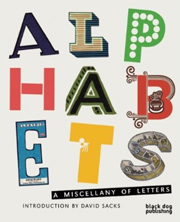 ALPHABETS — A MISCELLANY OF LETTERS
Introduction by David Sacks
Black Dog, £24.99 list, or £21.21 on Amazon

It’s hard to think of a book more perfect for 26 readers. After all, the number of letters in the alphabet gave us our name. What’s more, three posters (k, i, and x) from our 2004 project ‘Illuminating the Alphabet’ are featured.

In essence, this is more of a book about graphic design than writing, a romp through the way letters are used illustratively — from vernacular type, to children’s books, to illuminated manuscripts, to games, art and photography. Though it runs from A-Z, it’s not a predictable discourse on the origins of each letter in turn. Rather the chapters cover loose themes ‘Alphabet’, ‘Bestiary’, ‘Commercial’, ‘Deconstructed’ etc, which allow for a wonderfully discursive ride through the visual application of the alphabet. 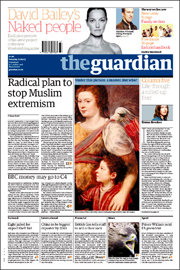 I recommend the daily reading of newspapers. I feel the need to write this because the printed newspaper is now seen by many as an endangered species. After all, you can get the content of a newspaper online. But for me nothing matches the experience of the physical artefact.

It’s nothing to do with false-romantic notions of inky fingers. It is, though, about holding it in your hands and knowing that this is the entirety of what that newspaper (the Guardian for me) chose to put before its readers on this particular day. It’s only partly about the (day old) news. It’s about opinions, stories and ideas that you would not encounter in quite the same way online. It creates a little more time to reflect without being directed around from link to link.

By all means go to online papers too. No need to cut out social media either. But leave a regular space in your day to turn the pages of a good quality paper and have a quiet read. Goes well with tea or coffee too. John Simmons 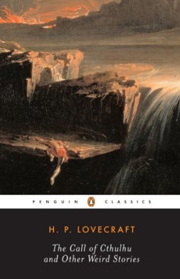 THE CALL OF CTHULHU AND OTHER WEIRD STORIES
H P Lovecraft
Penguin Modern Classics, £10.99 list, or £6.59 on Amazon

I once read an interview where Mark E. Smith of The Fall talked about how he was inspired by the whole Cthulhu mythos. Just 20 short years later I got round to buying one of Lovecraft’s finest. For the unfamiliar, it’s sci-fi/fantasy/horror in the Edgar Alan Poe vein — ripping, slightly melodramatic, yarns of beastly doings (and indeed beastly beasts). It’s aged remarkably well and still constitutes a rollicking good read. Roger Horberry

Buy from Amazon: ‘The Call of Cthulhu and Other Weird Stories’ 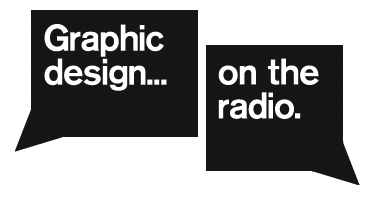 GRAPHIC DESIGN ON THE RADIO
A quick plug for Adrian Shaughnessy’s excellent semi-regular radio show on the independent arts station Resonance FM. A visual medium getting an aural treatment may seem an odd notion, but hearing designers discuss the thinking behind their work and playing some of their favourite music tracks makes for a diverting hour’s listen. Adrian is a natural, incisive interviewer, who tends to get the best out of his subjects. Previous shows have included fascinating chats with Jonathan Barnbrook, Spin’s Tony Brook and Mike Dempsey.

And the next one features the 60s activist, graphic and games designer Ken Garland on 28 October at 3pm. If you live in the London area, you can listen on 104.4FM. If you’re anywhere else, catch it online at resonancefm.com. Jim Davies 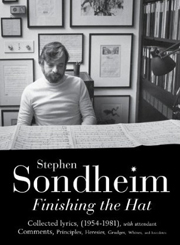 Stephen Sondheim
Virgin, £30 list, or £17.80 on Amazon
Last weekend I took my music student nephew to hear Stephen Sondheim talk about writing lyrics, life, posterity, poetry, insulting dead people and why he hates Noel Coward’s lyrics but admires his plays. Then we queued for our signed hardback copies of ‘Finishing the Hat’, a complete record of all his lyrics, and more of his intelligent, funny views. He looks far too young to have written ‘West Side Story’, but he’s 80 and throughout his life he seems to have noticed, noted, analysed and remembered most of it.

I was brought up on musicals – watching, playing, singing – and my dad once got all the questions right on Mastermind when the subject was ‘The History of the American Musical’, although he was in our sitting room, not in the black chair. In our house Sondheim was a lot more important than deities. Even if you don’t think it’s up your street, it’s worth getting a copy just to see Sondheim’s way with words. It’s not in the book in these exact words, but he kept reminding us that when it comes to lyrics, “clarity is everything”. He’s not wrong. Sarah McCartney

Buy from Amazon: ‘Finishing the Hat’