Have a rummage in our bag of treats. Gadgets, books and culture tips, sent in by 26ers this month.

Wombling free
Londoners are often obsessed with the tube: we have little choice. Andrew Martin has done us a service with Underground Overground: a Passenger’s History of the Tube. Without a Womble in sight he tells the story of the beginning, growth, travails, and the people that made going to work what it is today. Katy Evans-Bush

Send to Kindle
If, like me, you are reading more and more on your Kindle, you might find this little app for Google’s Chrome browser handy. ‘Send to Kindle’ sends web articles and blog posts, neatly formatted, to your Kindle with one click. Very cool. Search for it on the Chrome Web Store. Ezri Carlebach

The Bauhaus exhibition at the Barbican
This offers a real insight into the interrelatedness of different creative disciplines and the importance of experimentation and creative freedom even in allied disciplines. Inspiring and thought-provoking for anyone trying to make their way in any creative field from writing to architecture. Katie Treggiden

King John is little known and rarely played. I wasn’t convinced I wanted to see it. But Maria Aberg’s RSC production blew me away. Charged with contemporary relevance it’s one of the most exciting Shakespeare adaptions I think I’ve ever seen. Not least because it included the entire moves from the last dance in Dirty Dancing and King John disco dancing to Frankie Valli’s ‘Beggin’ in his death scene. Intoxicated by power, King John clings to the fantasy that, ‘I have a way to win their loves again..’ words that could have been said by so many leaders today. Go and see this play. It’s energising, it’s wonderful, and it reinforces how relevant Shakespeare is today. Elen Lewis

Page 1: Great Expectations
A project by design studio/publishers GraphicDesign& in which 70 leading designers and typographers interpret the first page of, yup you guessed it, Great Expectations. Amazing to see what a difference type and design can make. A lovely little book and a great idea – a bit like the whole “exercises in style” thing. Find out more at www.graphicdesignand.com. Roger Horberry 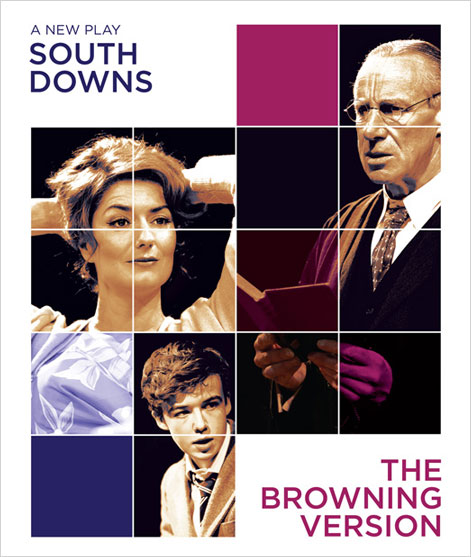 South Downs and The Browning Version double bill
There’s a tremendous double bill currently running at the Harold Pinter Theatre, with two one act plays, one of which is Terence Rattigan’s famous The Browning Version, and the other is David Hare’s new response to it, South Downs. Anna Chancellor appears in both plays, and despite (or maybe because of) being the only (significant) female character, she throws a huge presence over the whole evening. Both plays are set in public schools in the 50s. I for one would have probably written off Rattigan as the arch exponent of the well made play, but this made me think again, maybe because Hare’s play brings out something fresh and distinctive. For any fans of Alan Bennett’s The History Boys, I’d say this was a must watch. Click here to see a few of the cast members and David Hare talking about the play. Martin Lee