Spring is here and we have a pick ‘n’ mix of recommendations for all you mad March hares, looking for distraction and inspiration. Jump into Geoff Dyer’s 1980s bohemian wonderland in The Colour of Memory, have a giggle at Noises Off, and let your mind (and your pen) wander to Mark Radford’s rolling beats on Rinse FM. 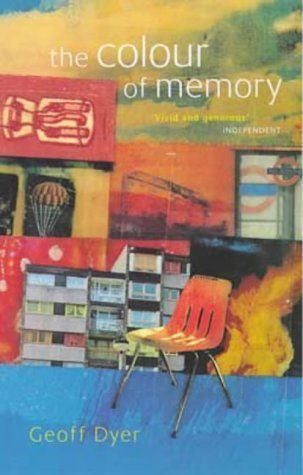 The Colour of Memory, by Geoff Dyer
What does memory feel like? In this magical take on 1980s Brit bohemia, arch-sensualist Geoff Dyer perfectly captures the mood of time passing. Written in short, dreamy chapters, it’s like a series of lazy afternoons that seemed aimless at the time, but become charged with meaning and melancholy as the years pass. Matt Chittock

Blipfoto
Blipfoto is a place where words and pictures come together to tell people’s stories one day at a time. Part online journal, part social networking community, it lets contributors upload just one photograph per day. By turns funny, touching and inspirational, it’s a site that gets under your skin. I’ve kept a journal there for a while now, and can’t help thinking that the potential for making text and pictures work together might appeal to other 26 members. Paul Readman

Reality Hunger, by David Shields
I’ve come late to this 2010 book (blurb on the cover: is the novel dead? Can you copyright reality? Is art theft?). It’s a cut-and-paste job of quotations and the author’s own reflections on what we want from writing in a digital age: funny, stimulating, fizzing with ideas. And I’ve just noticed it has 26 chapters, expressed as A-Z! Vicky Grut

Noises Off
Noises Off by Michael Frayn is a well loved classic farce that has just finished its run at the Old Vic. However, it is transferring to the Ivor Novello Theatre until the end of June, and is just about as hysterically funny a night out at the theatre that it’s possible to experience. The scenario is of a hopeless provincial theatre troupe rehearsing for a regional tour of their lamebrain play. The first act is set in their final rehearsal, the second act is half-way through the run, and the final act is the last night. As the run goes on, the interplay between the characters is fully revealed. For sheer fun, brilliant performances, exquisite timing, and a wonderful script, it’s unbeatable. Martin Lee 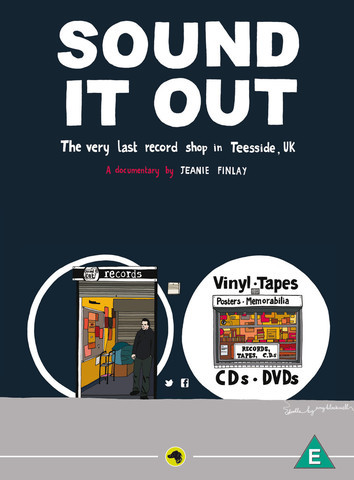 Sound it Out, a documentary by Jeanie Finlay
This documentary portrait of the only independent record shop left in Teesside is funny, charming, life-affirming and ever-so-slightly poignant. It’s Nick Hornby brought to life, but infinitely better than that. If you like non-mainstream music then I massively recommend this brilliant indie film. It’ll make you smile, I guarantee it. Roger Horberry

“They’re better from 20 yards away,” said a man next to me. Well, no. They’re better when they’re a few inches from your face and you can appreciate Freud’s mesmerising brushwork close up. Get nostril to nostril with his 1963 self portrait. Breathe in the meaty feet and raw knuckles of his naked women. Zoom in on the paint- sloshed wooden floor of ‘Lying by the rags’. Then book another ticket to see it all again. Fiona Thompson