Things to do, books to read…

Plays and thrillers and tapestries, oh my! 26 members have a few recommendations for your month ahead. 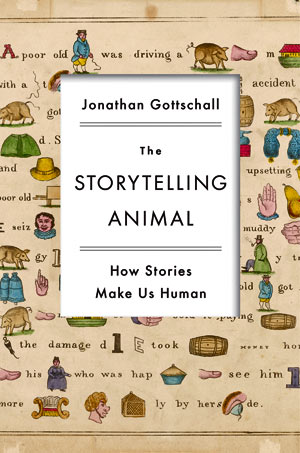 The Storytelling Animal: How Stories Make Us Human
You know how in our line of work people are always saying stuff like, “it’s stories that make us human”? Well, this highly entertaining book by Jonathan Gottschall explains exactly how and why (spoiler: stories are a sort of mental flight simulator, enabling us to try out emotions and experiences in safety). Very highly recommended for all story-inclined copywriters. Roger Horberry

The Vanity of Small Differences
This is a series of six fabulous tapestries reflecting the relationship between British class and taste, by Turner prize-winning potter Grayson Perry. If you saw the Channel 4 documentary following Grayson’s ‘taste safari’, as he called it, and the making of the tapestries, you simply must go and see them in person. They’re much bigger than I expected and there is so much intricate detail to take in. Each tapestry is modelled on a religious work of art, and the six pieces together convey a class journey inspired by Hogarth’s A Rake’s Progress. Showing at Victoria Miro gallery in London until 11 August. Maddie York 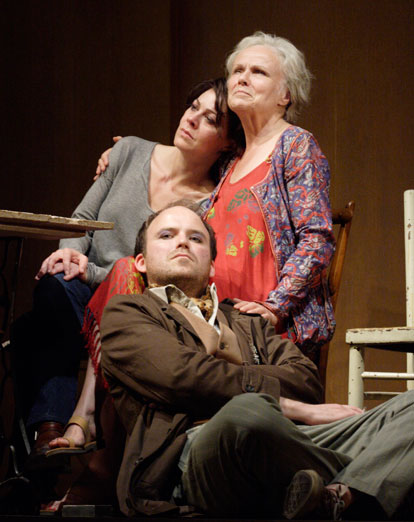 Last of the Haussmans at the National Theatre
What fun. Julie Walters leads a strong cast in an intergenerational bitter-sweet comedy at the NT. There’s fine performances all round, a tremendous script to enjoy by Stephen Beresford (himself an actor, and he really knows how to write lines for delivery), and a highly topical theme – the way that the baby boomer generation has had its own kicks at the expense of the generation following behind who are having to pick up the pieces financially and emotionally. Martin Lee

Unreliable narrators
I’m going through a thriller phase in my reading, with my last two books both using unreliable narrators. Gone Girl by Gillian Flynn depicts a crumbling marriage from the competing points of view of two unreliable narrators – the husband and wife. This book has pace and momentum and at least two twists that will make you spill your cup of tea. Gone Girl reminded me of the strength of stories and the pure pleasure of being lost in a book. 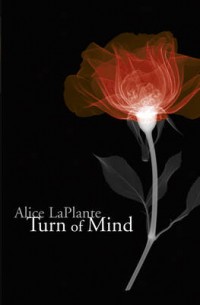 I interviewed Alice LaPlante for this newsletter when her novel Turn of Mind became the first work of fiction to win the Wellcome Trust prize for medical writing. I finished her book last week. It’s a beautiful, bold piece of writing, a murder mystery told from the perspective of a suspect (Jennifer) with Alzheimer’s. Told in fragments, the novel witnesses the disintegration of Jennifer’s mind as the dark secrets of her family come to light. Elen Lewis