Here are a few of our favourite things

May recommendations from 26ers spanning brain food at Point to a website good for arguments, another Scandanavian thriller and some novels. 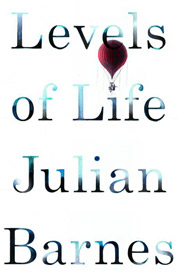 Levels of Life by Julian Barnes

At the beginning it’s easy to be distracted. A Frenchman flies in a balloon attached to a ‘two storey wicker cottage’. Sarah Bernhardt shoots dead her pet boa constrictor when it eats too many sofa cushions. But gradually the strands under the surface unite to tell the deeper story of the death of Barnes’ wife, the literary agent Pat Kavanagh. This book is elegantly written, yet pulls no punches, as Barnes uses the metaphor of ballooning to explore how he has been elevated by love and brought crashing to earth by loss.

Photographer Sebastiao Selgado’s show Genesis at the Natural History Museum in South Kensington. It took him eight years to capture the planet’s most unspoiled spots. 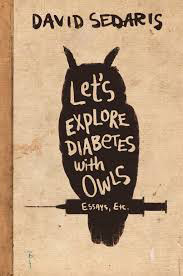 Another chuckle from David Sedaris

David Sedaris’s latest book Let’s Explore Diabetes with Owls. The American humourist tells Vogue why he always makes himself the butt of his jokes. ‘The quickest, easiest way to end a sketch is to be cynical. The skill is to make people think – not by preaching, but by sneaking up on them with decency.’ 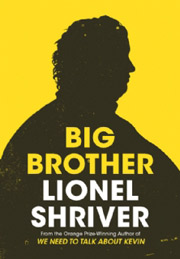 Big Brother by Lionel Shriver is a tribute to her much-loved dead brother who Shriver wants to be remembered for more than his obesity. And I enjoyed Shriver’s contribution to the article ‘Read them, don’t weep’ in this month’s Elle magazine. Well-known writers are asked to pen their ideal obituaries. Shriver’s pretend obit includes mention of a string of blockbuster sequels to We Need to Talk About Kevin including We Need to Argue About Kevin, and We Should Really Get Around to Addressing this Kevin Business One of These Days. 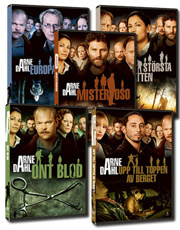 No relation to Roald, Arne Dahl is the latest of a seemingly inexhaustible stream of gritty Scandinavian crime writers. The twist here is that it’s not one detective, but a whole team, originally assembled to crack one particularly difficult case, but then retained as a unit by their doughty, charismatic female leader. The interplay between the cast deepens as each case progresses. Part of the charm is the format – two episodes per case, but each episode is film length. Gripping, tense, humane, beautifully written and performed, these Scandinavians continue to be on top of their game.

For more brand and marketing insights than you can shake your proverbial stick at, check out EMM – a new online book reviews magazine that proclaims ‘today’s readers are tomorrow’s leaders’. The magazine features author interviews and columns as well as book reviews, and there are free preview chapters to download. Lovely. 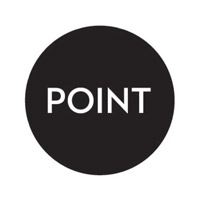 A massively inspiring two day marathon exploring the theme of authenticity, with lectures from legendary creative thinkers and innovators focussing on branding, communication, culture and design. Highlights for me included: Erik Spiekermann (plus his free hand printed poster – woohoo!); Quentin Newark introducing a fabulous film about Alan Fletcher; Magnum photographers’ Bruce Gilden and Eliot Erwitt (both brilliant); Jonathan Barnbrook talking about Bowie and that album cover; two *immensely* impressive presentations from Clare Sutcliffe on Code Club; and Sean Rees and Nathan Webb from agency Purpose on their work for the McGuire foundation for folks with speech issues. Plus there was Peter York doing his usual sloan-y schtick, which I rather enjoyed. Brain food at its best. 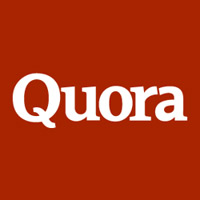 A little knowledge is a dangerous thing

Sign up for Quora and you’ll never be short of an answer. It’s a brilliant knowledge base, featuring real questions and real answers from interesting people, who either know what they’re talking about or have something to say. It’s great if you’re looking for an argument – or a laugh!