What is your favourite children’s book? 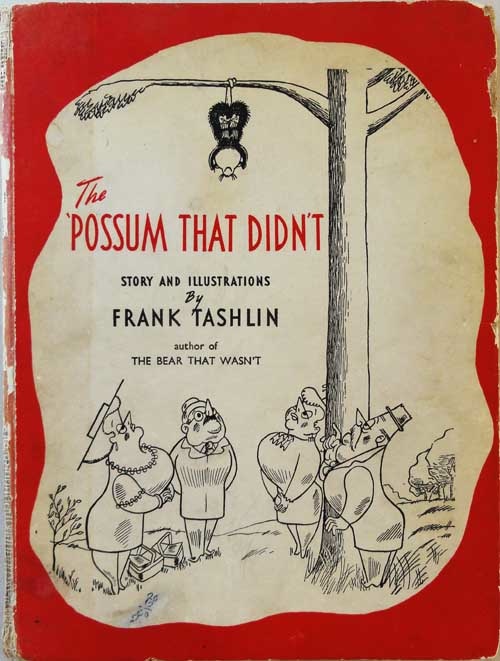 The Possum that Didn’t by Frank Tashlin Frank was a cartoon animator for Warner Brothers, wrote gags for the Marx Brothers, screenplays for Bob Hope, and directed a string of Jerry Lewis movies. This beautifully drawn and gently subversive book is laced with messages about ‘point of view’ and Man’s obsession with controlling nature. It tells the story of a possum that lives happily in a forest hanging upside down from a branch of a tree. A group of arrogant city slickers hiking in the countryside come across the little critter and assume that the possum’s inverted smile is a frown. Determined to cheer it up, they relocate the tree (complete with possum) to Times Square. The entire metropolis turns out to stare at this wonder. The possum’s expression becomes increasingly bemused (neither smiling nor frowning) so the city folk take the possum (still suspended) to a movie theatre, and even to a nightclub to put a smile on its face. But as the possum grows sadder, the frown is interpreted as a smile and the city slickers are awarded good citizen medals, invited to endorse billboard brands, and given a tickertape cavalcade down 5th Avenue. The miserable possum sneaks off unseen through the hysterical celebrations and heads back to the hills. It climbs a tree, finds a branch, begins to smile again, and is happy ever after. My childhood was all about being misunderstood by adults and this possum was my greatest ally. Tom Lynham 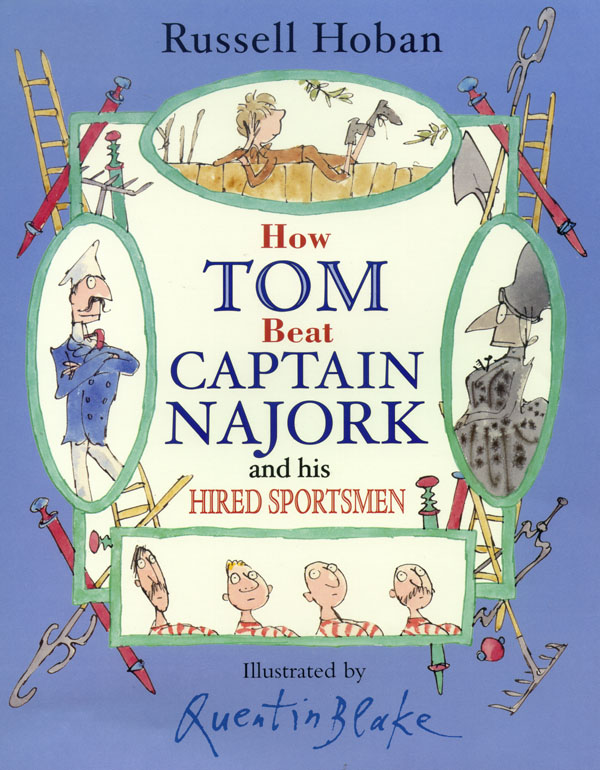 How Tom beat Captain Najork and his hired sportsmen, by Russell Hoban, published by Red Fox, £4.40This book is illustrated by the immortal Quentin Blake. It has the most joyful language, incredible characters (Aunt Fidget Wonkham-Strong anybody?), a high five glorious ending, and a true subversive hero in the fiddlesome young Tom. But the acid test for me is that both my sons loved it, and we wore the book out night after night for years, and I can still remember great chunks of the writing nearly twenty years later. A must read. Martin Lee 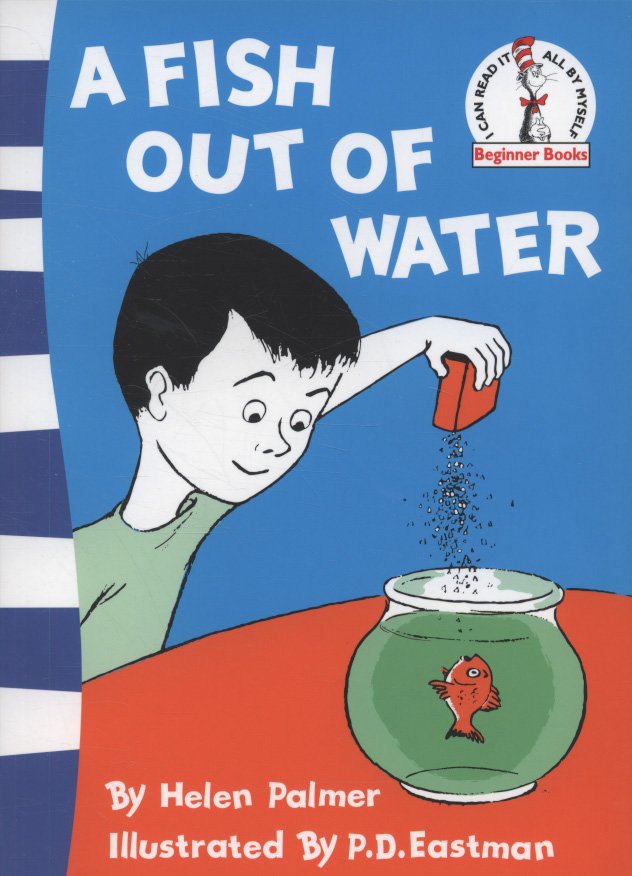 A fish out of water by Helen Palmer, published by HarperCollins, £4.99 It’s the story of what happens when a boy feeds a fish too much. The fish – Otto – quickly outgrows his fishbowl, and eventually ends up in the local swimming pool where he has to be rescued by magic Mr Carp, the man from the pet shop. I love the illustrations by PD Eastman, who draws Orangina-style sun umbrellas by the pool and has Mr Carp wearing red and white striped bathers and carrying an implausibly small net to catch such a big fish. Fiona Thompson.

Charlie and the Chocolate Factory by Roald Dahl, The author had a way of taking everyone – young and old – into the world he created. And that world was completely believable – with the eccentric people, the tiny people, the giant people, the fun people, the angry people and everyone and everything else. The writing is a joy. He reaches every sense in a sentence. Rob Self Pierson.

The Lion, The Witch and The Wardrobe by C.S. Lewis. I can still remember becoming totally emersed in the story: the magic and mystery, the ordinary and the small step to the extra-ordinary and of course, the talking animals! Anna Goswell.

The Gruffallo by Julia Donaldson. For me, a good children’s book is fun for parents to read. So my favourite has to be The Gruffallo. It rhymes, has lovely artwork and the kids love it. There are lots of characters to do voices for, which makes it a lot of fun to read out loud. And the story has a satisfying ending – the little guy gets one over on the big guy. What more do you need? Apart from Aliens Love Underpants, who come down to earth for pants, not to meet us. Classic. Ben Afia.

The Wind in the Willows by Kenneth Grahame is such a special book to me. The most important book in my life. I’d been at primary school and got nearly to the age of nine without learning to read. I imagine my mum and dad were worried but they didn’t show it. Then our class teacher took the last fifteen minutes of the school day to read us The Wind in the Willows. For a few weeks I was enchanted by this story, read out loud, of Mole, Ratty, Toad. My birthday was coming up and I asked my mum if I could have the book for a birthday present. She gave it to me, writing in it “for your ninth birthday”. I sat down and read the book in a couple of days, absolutely absorbed. I still have it, it’s old and battered but the most precious book I have. John Simmons