From Greek films to writing courses, books to exhibitions, 26 members bring you their recommendations for January and beyond.

An exhibition at Wales Millennium Centre until 24 February. If you’re near Cardiff in the next few weeks, don’t miss Pete Fowler’s paintings of otherworldly creatures. You’ll find horned owls playing banjos and mutant horses tweaking synth galleons. The paintings’ titles make a good story on their own. Synth Dad. Twiddle your Knobs. Jugs. Let it Out. Nasal Wave. A kaleidoscopic peek into a psychedelic world of buried treasure. Fiona Thompson

The Birds in concert

I’ve been a Friend of Crouch End Festival Chorus for a dozen years, and recently became a trustee. They get better and better and are now one of the country’s best choirs, singing bold, beautiful music. Their next concert is themed The Birds, and is on at the Barbican on Sunday 20 January at 7.30, with Britten’s Spring Symphony, Vaughan Williams’ The Lark Ascending and a new piece by Will Todd setting Keats’ ‘Ode to a Nightingale’ to music. John Simmons

A life in spices

I recommend the film Politiki Kouzina, in the original Greek with English subtitles. Cooking and spices conjure up the life of the protagonist, an Ottoman Greek deported from Constantinople as a child in the 1950s. If you like films about expatriation and cultural identity, and if you like to be able to smell the food on the screen, this one is for you. I would recommend seeing it in Greek as I’m sure it must lose a lot in translation. Gillian Rosner

A clear message from 26 Wordstock 2012 to aspiring authors was to invest in your craft. The Faber Academy 2013 programme has a great programme of London-based and online master classes, and check Turning Points, a two-day biography writing conference in Norwich 9/10 February 2013, with a great speaker line-up. Paul Murphy 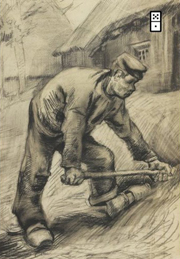 Do the Work, By Steven Pressfield

All sorts of rather insightful advice on avoiding procrastination and resistance when working on creative projects. The bullish tone isn’t for everyone but there’s no denying the central rightness of his message: we tend to resist the very thing that will take us forward, so in a strange way our procrastinations can become our guide. Or something like that. Roger Horberry

Mass Open Online Courses (MOOCs) have emerged as a force in higher education. I (and 30,000 others) signed up to Modern and Contemporary American Poetry from the Kelly Writers’ House at the University of Pennsylvania under the inspirational leadership of Professor Al Filreis. It was a white-knuckle ride from Whitman and Dickinson through to conceptual poetry via imagism, Dadaism, surrealism, modernism, formalism, proto-modernism, post-modernism and everything in between. Loved the New York School. The course challenged preconceptions and introduced me to new ways of seeing, reading and understanding language – and I got a certificate at the end for my troubles. Check out Coursera.org if you want your horizons broadened. Tom Collins 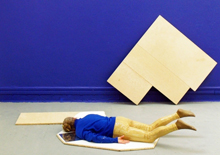 A TV series which manages to combine humour and violence, Justified is based on the work of Elmore Leonard and tells of the adventures of US Marshal Raylan Givens in deepest Kentucky. It’s superbly written, with every single character speaking in their own unique voice. They’ve been showing it late at night on 5USA but I think it’s available on DVD. I’m also looking forward to the Bloomberg New Contemporaries 2012 painting exhibition at the ICA which promises “defining works by the most promising artists coming out of UK art schools”. I’m a part-time fine art student at CItyLit, so I hope it will be inspiring. It’s on until 13 January. Jill Hopper