Retromania: pop culture’s addiction to its own past by Simon Reynolds, Faber and Faber, £9.99
Another throughout provoking and highly readable book from the author of the magisterial “Rip it Up”. Not easy to summarise: basically musical culture has stalled, pop is eating itself and the result is a myriad of mircotrends none of which have anything to say because, well, it’s all about irony and intertextuality isn’t it? A lot of people – me included – have been feeling something like this for a while, so it’s heartening to see it articulated so well. I’d describe this an important book, but that might just be my age and ennui. Roger Horberry 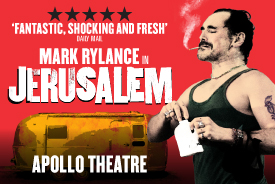 Jerusalem’ at the Apollo Theatre, London
Jerusalem has been called the theatrical event of a lifetime, with people giving it rave reviews for the original run at the Royal Court and when it transferred to Broadway this year. Jez Butterworth’s play stars Mark Rylance as Johnny ‘Rooster’ Byron, a wild man of the woods who lives in a trailer in the depths of Wiltshire. The council want to evict him, but Byron is determined to continue his hell-raising ways in his own version of the English rural idyll. It’s on from 8 October until 14 January. Fiona Thompson

Save the Words
This is a fantastic website for any word lover, recently passed on to me by a fellow 26er. And we all need to know about it, because it’s right up our alley. Don’t be put off by the apparent worthiness of the site name – this is pure fun and joy. Martin Lee 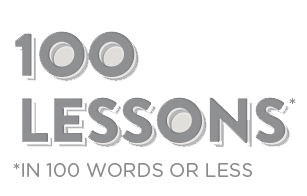 As its name suggests this new book examines this most mysterious subject from 100 different perspectives – philosophical, religious, artistic, scientific and so on. If you’ve even a shred of interest about why we’re here and what it’s all for then this is the book for you! This is published in the traditional sense but is available as an eBook/iBook designed for your Kindle, iPad, smartphone or computer. You just need a free reader app and you’re away. Here’s what the chap behind top TV show QI has to say about it: “100 Lessons on the Meaning of Life is a very small book about a very big thing. It is an utter delight and a timely reminder that, like a bottle of gin, meaning is best taken in small refreshing sips and not downed in one.” John Mitchison, co-creator of QI and author of the QI books. You can find out more here: http://www.100lessons.com/ Roger Horberry

ALISON WONDERLAND by Helen Smith
After her husband leaves her for another woman, twentysomething Londoner Alison Temple impulsively applies for a job at the very P.I. firm she hired to trap her philandering ex. She hopes it will be the change of scene she so desperately needs to move on with her shattered life. At the all-female Fitzgerald’s Bureau of Investigation, she spends her days tracking lost objects and her nights shadowing unfaithful husbands. But no matter what the case, none of her clients can compare to the fascinating characters in her personal life. There’s her boss, the estimable and tidy Mrs. Fitzgerald; Taron, Alison’s eccentric best friend, who claims her mother is a witch; Jeff, her love-struck, poetry-writing neighbor; and—last but not least—her psychic postman. Her relationships with them all become entangled when she joins Taron for a road trip to the seaside and stumbles into a misadventure of epic proportions! Clever, quirky, and infused with just a hint of magic, this humorous literary novel introduces a memorable heroine struggling with the everyday complexities of modern life. You can find out more at: www.emperorsclothes.co.uk Helen Smith