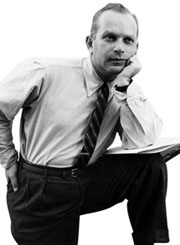 Bernbach on writing and communication
Much has been written about the great advertising creative director Bill Bernbach and his agency Doyle Dane Bernbach. Nothing quite captures his thinking, spirit and rhetorical zest as clearly as his own words. This interview with him is a particular gem. Amongst other matters, he discusses persuasion, human nature, creative talent (and where to find it), agency culture, Aristotle and the difference between writers and communicators. Here he is on that last point:

“The writer is concerned with what he puts into his writing. The communicator is concerned not just with what he puts into a piece of writing, but with what the reader gets out of it. He therefore becomes a student of how people read and how they listen. He learns that most people come away from their reading not with a clear, precise, detailed registration of its contents on their minds but rather with a vague, misty idea that is formed as much by the pace, proportions and music of the writing as by the literal words themselves. And he learns that the reader reads with his ego, his emotions, his compulsions, his prejudices, his urges and his aspirations. And that he plots with his brain to rationalise the facts until they become the tools of his desire.”

For me, he underplays the real role of intellect and rationality. People are less captive to their desires and more persuaded by reasoned argument that he states. His position reflects both the interest Madison Avenue developed in psychology and its cynical fantasy that it controlled people’s behaviour. Having said that, today’s commercial writers still have to tangle with clients and colleagues who overstate the other way – putting logic above feeling; reason above ‘the music of writing’. So often it is in the combination of the rational and the emotional that something special is found. Which is why Bernbach’s words still have resonance decades after they were spoken.
Tim Rich

You are listening to

Hopefully, you’ll have come across this marvellous creation by video game producer Eric Eberhardt, but if not, it might just change the way you experience the urban environment.

The formula’s simple. Take an epic photo, a restless ambient soundscape and a live police call feed. You have the pulse of a city.
It is endlessly addictive. I might even make a claim that it reinvents the fine tradition of being flâneur, for the desk-bound.

And if someone can knock one together for London, well, I think they will get all the hosannas the Great Wen can muster.
Rishi Dastidar 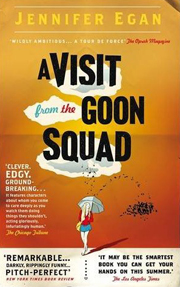 A visit from the goon squad, by Jennifer Egan

Apparently Jennifer Egan was inspired by Proust and The Sopranos in writing this episodic book of inter-related characters and memories. That could be annoying, but it’s not, as Egan’s clever storytelling quickly draws you in. We start with kleptomaniac Sasha, long-term assistant of Bennie, the ageing ex-punk head of Sow’s Ear Records. The story moves backwards and forwards in time, taking in Scotty, who burnt his retinas staring at the sun and now slaps a striped bass fished from the polluted East River onto the piano-black desk of Bennie’s office on the forty fifth floor. Give it a go.
Fiona Thompson 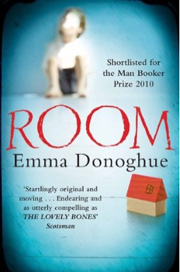 Room, by Emma Donoghue
Room, by Emma Donoghue, was justly shortlisted for the Booker Prize last year. It’s a technically remarkable novel, told through the eyes of a five year old, with all the constraints that puts on the author, and for anyone that’s got a love of words, the playfulness of the language is pure delight. Beyond all this though, it’s an emotionally gripping book. It feels true, authentic and stays with you for ages after it’s over.
Martin Lee