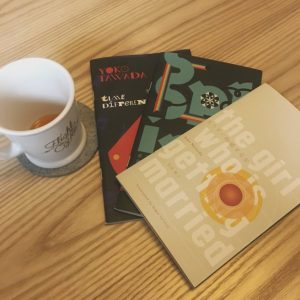 And a couple of bits of news: I’ve got an essay in the latest edition of 3:AM Magazine on ambiguous authorship. Expect collage, paper crumpling, insect calligraphy and plagiarism.

The rule of three

Don’t miss three great British artists in London now. Pink Floyd: Their Mortal Remains at the V&A. I was never a fan until I saw this extravaganza of a show – genius! David Hockney at Tate Britain – ends May 29th with extended hours on the final weekend to cope with peak popularity. And Howard Hodgkin’s Absent Friends at the National Portrait Gallery is another bittersweet must-see. He died two weeks before the show opened. The late British artist painted from memory and emotion.

Another set of three – Zadie Smith Margaret Atwood and Naomi Klein talk about fiction, feminism and political activism at Southbank on July 6, Oct 2 and July 4 respectively.

Gemma Arterton and Bill Nighy excel in Their Finest, a wartime comedy with a teary moment or two. 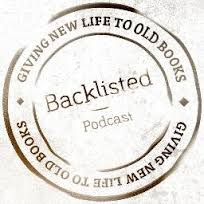 I don’t listen to many podcasts but Backlisted has now become essential. You can hear the latest episode here free.

It’s a fortnightly conversation about books from the ‘backlist’ ie books that were published some time ago but that still deserve to be read. Some wonderful discoveries and rediscoveries – JL Carr, Patrick Hamilton, Muriel Spark. There’s a big 26 connection as it’s hosted by John Mitchinson (one of 26’s very first members and speakers, founder of Unbound and QI) and Andy Miller (who gave a barnstorming talk about reading at Wordstock 2015). They invite a different author each fortnight to share enthusiasm for a book and author who might be less read than deserved. The latest was Nabokov’s The Gift. It’s always lively, often funny, and takes you to fascinating places through a book.

The Power of Words to Save Us, and a time-saving tip

Podcast: On Being with Krista Tippett: Marie Howe — The Power of Words to Save Us 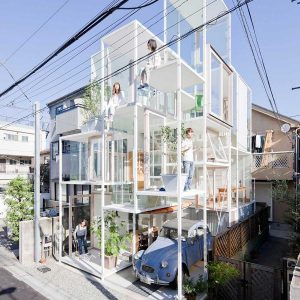 Take a trip to the Barbican to see The Japanese House before it wraps up at the end of June. Well-chosen film excerpts, atmospheric photographs and intricate maquettes, bring post-war Japanese architecture to life. But the highlight has to be the reproduction of the Moriyama House, which dominates the ground floor of the exhibition space. You can weave your way through 10 fully-furnished rooms, that give you an insight not only into Japanese design, but the inhabitant’s interests and quirks. Almost like a visit to Ikea… but obviously a lot more special.