The Wallcreeper/Mislaid by Nell Zink

Lovingly presented in a double book slipcase, these two novels are something else. Zink is a phenomena, whose discovery by Jonathan Frazen – they initially bonded over birdwatching – sounds a hoax but is apparently all true. She’s gone from zero to international literary superhero (with advances to match) in under a year, all at the ripe old age of 51. Her prose is electric, packed with ideas and incredibly readable. I commend it to you. 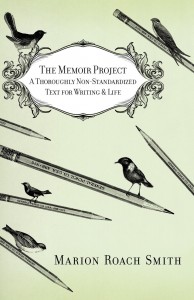 My inner word-geek has been so smug since I started listening to the A Way With Words podcast. All the linguistic mysteries ever in the world are debated and solved by the hosts Martha and Grant. They clearly love what they do because you can hear them smiling throughout. And who can blame them?

You know that memoir you’ve been meaning to start but haven’t got round to yet because [insert well worn excuse]? Well, Marion Roach Smith’s thoroughly entertaining and very clever book The Memoir Project: A Thoroughly Non-Standardized Text for Writing & Life reached into my brain and caressed those stories right out of me and onto the page. It was fun. You should have a go. 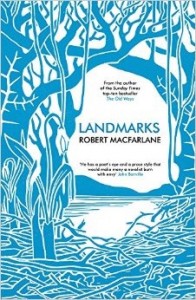 The language of landscapes

I’ve finished reading Landmarks by Robert Macfarlane this month. It’s a wonderful exploration of local and regional words for landscape. He writes of walks, of words lost but rediscovered, of memories preserved in toponymy, of significant people he has met. It’s a real gem of a book that helps broaden out thinking about language in geography.

I loved visiting the stunning exhibition celebrating the work of acclaimed artist Joan Eardley. It is on at Clydebank Museum until 24 October and includes works which have never been on public display before.

I thought 26 members might like this poetic tribute to Anthony H (Tony) Wilson. It was put together by Manchester poet Mike Garry and Joe Duddell of Elbow and New Order fame.

Using the framework of the 26 letters of the alphabet it recalls with affection and humour Tony Wilson, who was a massive figure in Manchester and the North West of England. He presented local news programmes alongside Richard and Judy, founded Factory records and signed Joy Division, New Order and the Happy Mondays.

A Girl is a Half-Formed Thing hits Edinburgh

The stage adaptation of Eimear McBride’s novel A Girl Is a Half-Formed Thing is currently at the Edinburgh Fringe, and its all I could have hoped for. Aiofe Duffin is stunning in Annie Ryan’s script. So powerful, I had to look away at one point.

Would thoroughly recommend Jonathan Ames’s Wake Up, Sir!. To call it a very modern Wodehouse parody/homage doesn’t do it justice. Suffice to say it has an alcoholic Jewish American narrator in the Wooster role and is as hilarious as the numerous cover endorsements proclaim. Tony Clarke Share reading

Reading is a service where I share the articles that I read as I’m reading them. It’s fantastic. Think of it as Last.fm, but for logging the articles, blog posts, and other things you read and to see things your friends are reading too. Jacob Sam-La Rose

The Red Lion at The National Theatre

The attention to detail on stage set the tone for the performance. The audience enjoys a carefully curated relationship between characters and is given behind the scene access to the football industry. The unexpected turn of events provide a refreshing twist to the usual stories of fame and fortune. 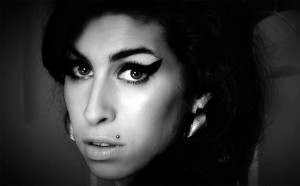 How to speak money –John Lanchester shows how the processes, techniques and experiments in the world of finance have been brought to bear on language.

Amy – I knew the ending but it still made me cry. An incredible documentary about Amy Winehouse from the director of Senna.

Men in the Off Hours

I’m obsessed with Anne Carson at the moment. Can’t get enough of her poetry since devouring <Red. Her early works pack a similar punch. ‘A fell dark pink February heaven/ Was/ Pulling the clouds home, balancing massacre/ On the rips.’

According to fellow Dark Angel, Richard Pelletier, I may have the only copy of this book of poetry in London. He posted it to me from Seattle. A British publisher has bought the rights, I know this from my frenzied search in London. Look out for Sherman Alexie and a poem he wrote called, ‘Sonnet < with bird.’

The National Theatre on London’s Southbank feels like it’s on a roll at the moment. Loved ‘The Mother F**ker with the hat’ (which has now finished) and was just as impressed with ‘Three Days in the Country’, the Patrick Marber interpretation of Turgenev. Go see.

My favourite new midnight feast. Take a handful of blackberries, crumble dark orange chocolate over them. Blast in microwave. Enjoy.

They say a classic novel is one that a lot of people have on their shelf, but few people have read. Case in point? I finally got around to reading it and WOW! What a work of absolute genius. I loved every one of its 600 pages.

I’d recommend either play on at the Edinburgh Fringe by Caroline Horton You’re not like the other girls, Chrissie or Islands. She’s a friend and former colleague.