Tools for collaboration are currently trending up. You probably already use Google docs for commenting and collaborating while writing. Not to be left behind, Dropbox is throwing its hat into the ring with a new offering: Paper. If you’re in the market for something similar but different, see Notion. 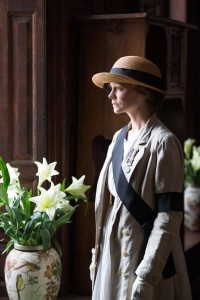 Carey Mulligan is superb in her role as Maud who is a foot solider in Suffragette and brings the battle for women’s right to vote alive. 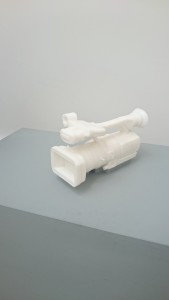 The art of defiance

I thoroughly enjoyed Ai Weiwei’s exhibition. His work demonstrates a clear sense of defiance in the face of censorship. This exhibition is testament to Weiwei’s unwavering determination to exercise his right of creative freedom.

As one of the writers for 26 Pairs of Eyes, I loved the new exhibition at The Foundling Museum. The Fallen Woman focuses on the mothers who petitioned the Hospital to take their babies in the mid-nineteenth century. The exhibition makes powerful use of personal testimonies and includes original documents. There’s also a stunning sound installation, paintings, illustrations and 3D stereoscopes. The Fallen Woman runs until 3 January 2016.

The Iceberg: A Memoir

Artist Marion Coutts vividly and viscerally describes the two years leading up to her partner’s death from a brain tumour. This is an honest, brave and beautiful book. Although it is about death, it is also a celebration of life, love, art, language and family. 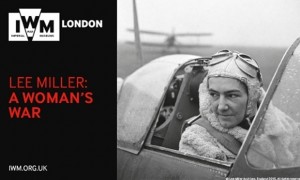 Lee Miller was a beautiful, talented, courageous woman who liked to drink and live on the wild side. She became one of the most important female war photographers of the last century. Raped at age seven by a family friend and photographed inappropriately by her father, the American Miller’s colourful life and the lives of other women impacted by the war is documented in the fascinating show at the Imperial War Museum.

It’s about time British painter Frank Auerbach was honoured at Tate Britain with a retrospective. Auerbach, who has painted the same Camden streets and the same five sitters for decades (of which one is his wife Julia, and another is his son Jake) proves that familiarity does not always breed contempt. His use of paint on paint is glorious and genius. Fresh each time.

The Thrill of It

A new Joe O’Connor novel is always a thrill, and this is no exception. A long love letter to rock and roll, and a joy from beginning to end. Wonderful turns of phrase, memorable characters, irresistible storytelling, wise observations on life and love. What? You want more? Um, some surprisingly good descriptions of Luton in the 80s. There. I’ve really sold it now, haven’t I?

The Sense of Style

Steven Pinker’s defence of clear, elegant and enjoyable prose, is all those things itself. He’s firmly in the descriptivist not prescriptivist camp, and shows how actual usage (with precedents stretching back to Shakespeare and beyond) should inform our stylistic decisions. Witty, engaging, thorough—and a fount of examples to counter clients with outdated grammatical hangups—this should gently nudge aside Fowler or Strunk & White as your primary style manual (and give Lynne Truss the elbow). The chapter ‘the curse of knowledge’ is particularly useful for brand writers. Hopefully (yes, really), you’ll read it and agree.

(Bonus: 1. Pinker and Ian McEwan in conversation on the book’s key themes. 2. Fellow descriptivist Stephen Fry’s praise of language, in delightful kinetic type. 3. And while we’re on writers’ tools, powerthesaurus.org can push you in unexpected directions.)