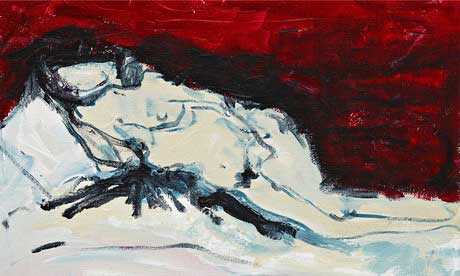 ng Project on Radio 4. ‘But before Daddy was an alcoholic he built a snowman.’ Kiki and Faith on living with, and without, their Dad.

‘The Last Great Adventure is You’ at the Whitecube Art Gallery. Tiny bronzes, poetic, poised nudes. Tracey Emin can draw.

Seen during LFF (general release – January). A drummer and his charismatic but monstrous mentor – exploring the virtues/evils of criticalness in reaching great heights of creative expression. Difficult and exhilarating.

A writer who renders his characters so intimately I become convinced they are real people. 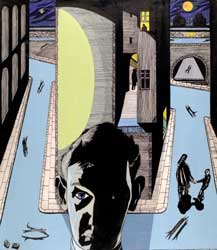 This month my cultural pick has to be the Alasdair Gray retrospective at the Kelvingrove Art Gallery and Museum in Glasgow. It’s called From the Personal to the Universal and marks this Scottish cultural legend’s 80th birthday. With pictures from Gray’s art school days in the 1950s to work that has been completed in the last year or so, it’s a fascinating look at how his style has developed and also a window into the life of Glasgow itself over the period. Gray is best known outside Scotland for his novel, Lanark which was heralded in the Guardian as “one of the landmarks of 20th century fiction.” Me, I prefer his artwork to his writing so the exhibition was a real treat – though if you’re looking for a novel you could do worse than Gray’s far less well known (and to my mind more enjoyable) Something Leather. 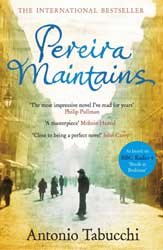 I always like novels about writers. Here’s one I mean to recommend to you every month, and have enjoyed it again recently – you can whip through it in an afternoon, but will always want to read it again. The reviews in the Amazon product description here say it all perfectly.

1) Man Booker Prize winner Richard Flanagan says the best thing he read this year is Elena Ferrante’s Days Of Abandonment, a truthful account of a woman’s free-fall descent after her husband leaves her with two young children to look after. Flanagan reportedly said “I think she writes truthfully about women in a way I never read a woman writing about women.” I can’t wait to read this.

2) ‘The Man Who Never Lived and Will Never Die’ Looking forward to the Museum of London’s first exhibition on Sherlock Holmes in six decades.

3) Examples of German and Austrian artistic genius are on show at the Royal Academy with Anselm Keifer, Tate Modern with Sigmar Polke and the Courtauld with Gustav Klimt protege Egon Schiele.