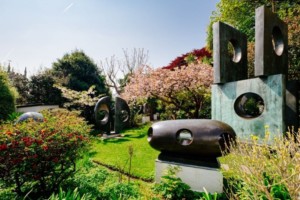 Barbara Hepworth Museum. If you just so happen to be in Cornwall, I recommend a visit to this place. The sculptures, the garden, the stories are just beautiful.

Sapiens by Yuval Noah Harari. This brief history of humankind is SO good. Every page is a gem.

Ask me about football, not war. I really enjoyed this refreshingly honest piece by Hunadda Sabbagh featured on gal-dem about football and politics in Syria. 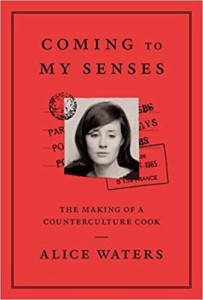 Coming to her senses

I can’t wait to devour culinary queen Alice Waters’ long-awaited revealing memoir Coming to My Senses: The Making of a Counter-Culture Cook. The celebrated chef moved from a repressive household in suburban Chatham, NJ to UC Berkeley in 1964, the height of the Free Speech Movement. The bohemian lifestyle she discovered there formed the basis for Chez Panisse’s fresh and in season culture, revolutionary then, commonplace now.

The Ferryman by Jez Butterworth and directed by Sam Mendes, is a must-see. It has just transferred to the Gielgud from the smaller Royal Court so tickets should still be be available.

Art-wise, don’t miss the American John’s – Jasper Johns “Something Resembling Truth” at the Royal Academy and Jean-Michel Basquiat “Boom for Real” at the Barbican. It’s the first comprehensive survey of artist-legend Jasper Johns’ work in the UK for over 40 years, and the first ever large-scale show of pioneering prodigy Basquiat’s work in the UK. 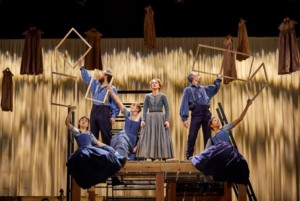 Fabulous! I sat for three hours with my jaw somewhere near my knees, in awe at the ensemble acting. You will never see a human portray a dog as well as actor Paul Mundell does. The production returns to the National Theatre this month, so all you lucky London residents should definitely go and see it! 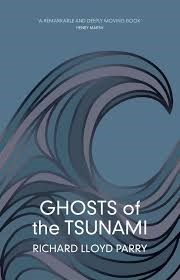 I don’t usually buy hardbacks but made an exception for Ghosts of the Tsunami, the new book by Richard Lloyd Parry. I read an advance extract of it a couple of years ago in the London Review of Books and have been waiting impatiently for the book to come out ever since. It’s an account of the psychological aftermath of the disastrous tsunami in Japan in 2011. It’s a riveting, terrifying and wonderful look at trauma and human resilience.

Stopping Time
I galloped through How to Stop Time by Matt Haig featuring Tom Hazard, a 41-year-old who’s actually been alive for centuries. I’m new to Haig’s work, but I loved his writing and particularly his use of simile. A couple of quotes here that I found delicious: 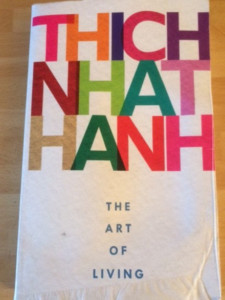 The Art of Living by ‘the Father of Mindfulness’ Thich Nhat Hanh looks repeatedly at ‘being present’ in beautiful prose and via unexpected angles. He makes Buddhism vital and relevant and sheds brilliant light on concepts like the Bodhisattva ideal. He’s a recent discovery for me and a marvelous gem. 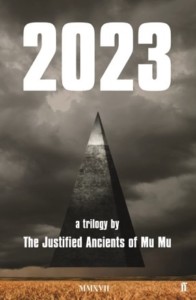 This month I have made a start on reading 2023, from the collective madness that is Bill Drummond & Jimmy Cauty (the KLF).

Nassim Haramein – a physicist and mathematician who has radically shifted our understanding of what ‘reality’ is, and how far from this truth our education system has led us. Also famous for warping his laboratory floor. 🙂 Check out anything on his YouTube channel for some mind-bending stuff. Check out his TEDx talk here.