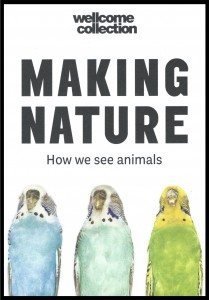 Making Nature at the Welcome Trust

Making Nature: How we see animals at the Wellcome Trust is amazing – asks you plenty of questions about our relationship to the animal world. There are also some wonderful talks by zoologists and artists going on around the exhibition.

As the UK announces Brexit, the European Speechwriter Network will be hosting their 14th conference at Magdalen College, Oxford from 29-31 March. We’ll be getting storytelling training from John Yorke, listening to Angela Merkel’s speechwriter and having a speaking competition and banquet in the college hall. The hashtag to follow is #esnox2017. 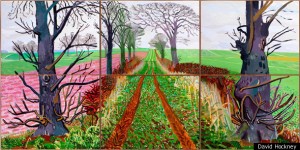 Everyone should see the Hockney retrospective at Tate Britain. If you can’t get a ticket, become a Friend – I did. It cost me just over £100 for the year, and this show was worth every penny.

Give yourself plenty of time. There’s a lot to see, and you want time to soak up 60 years of artistic development, exploration and – perhaps most of all – commitment. The guy never stops working.

The fact that the Bigger Picture work, his most recent, is among the most breathtaking of all, and is testament to Hockney’s dedication.

His (countless) charcoal sketches of trees, hedges and rutted country lanes hold their own against the sketchbooks of Turner or Cézanne. And his composite Polaroid portraits would wring envy from Picasso. This is one of the all-time greats, recognised in his own time.

The best of the work in this show is so glorious, so apparently effortless, so ringing with truth and joy and invention and craft, I was itching to jump up and down and cheer. Seriously. Go. 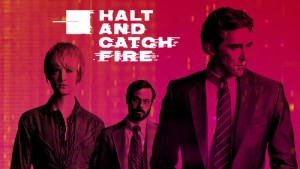 I’ve been streaming Halt and Catch Fire. A riveting show about the birth of computers, technology, and the internet as it happened in Texas, then Silicon Valley. Great storylines and characters. Fidelity to the actual equipment of the time. Better than Mad Men.

The book Explaining Hitler by Ron Rosenbaum is completely amazing. Chapter 3, The Poison Kitchen, tells the amazing story of the editors and reporters of the Munich Post who saw Hitler for who he was before anyone else. 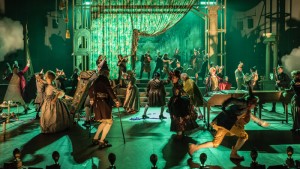 Thanks to a nasty bout of flu, I’ve been making the most of my Netflix subscription this month. But it’s not all box sets and movies (as much as I love those). Abstract: The Art of Design is a series of short documentaries that explore the working processes, inspiration and quirks of different designers at the top of their field. Episode 3, which focuses on Es Devlin’s stage design has been my particular favourite so far.

Earlier in the month I was lucky enough to catch a National Theatre Live Encore screening of Amadeus. What a treat. A proper theatrical spectacular with all the bells and whistles – and I mean that quite literally. As well as stunning performances from the actors, a mini orchestra was on stage and part of the action throughout. No mean feat. Amadeus has been such a success that it’s returning in January next year for another run. I must admit I’m tempted to go again and see it live!