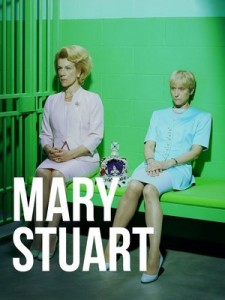 Beating the January blues with theatre

Weekend matinees are my new discovery to beat January blues. I saw Mary Stuart at the Almeida with the marvelous Juliet Stevenson and Lia Williams (Wallis Simpson in The Crown) tossing the coin at the start to see who would play Elisabeth I and rival Mary Stuart. By the time the exhilarating play was over, it was cocktail hour. I plan on attacking February malaise with the same day-time tactic. Top on my list to see are the revival of Art with Rufus Sewell at the Old Vic and Hamlet at the Almeida with Juliet Stevenson as Gertrude.

In terms of books, I recommend Susie Lyne’s Valentina for a fast-paced thriller. I read it in one go and was sad when I’d finished. See our spotlight feature for Lyne’s tips on pace and plot. I cheered up quickly with The Glorious Heresies, a hilarious, pulsating, crazy and cleverly-written Irish novel by Lisa McInerney. McInerney’s debut novel won Baileys’ Women’s Prize for Fiction 2016.

Love at the National’s Dorfman Theatre was one of the most humane pieces of theatre I’ve seen. It’s about the benefits and housing system – specifically about families in cramped temporary accommodation – but, like I, Daniel Blake, it’s really about the people rather than the system. Its London run has now finished but it’s on at Birmingham Repertory Theatre till 11 February. 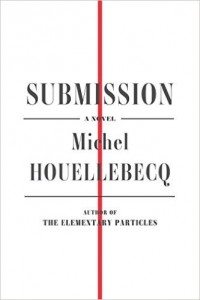 Submission and The Elementary Particles by Michel Houellebecq are two of the best novels I’ve read in years. Highly recommend both.

Saw Manchester by the Sea (which is very close to my hometown) and it is tight and fierce and gripping. Beautiful storytelling… 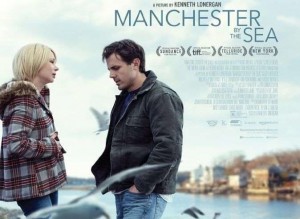 Manchester by the Sea

This film is oh so good. Oh so sombre. Casey Affleck’s acting is on another level and it’s had great reviews. People walked out of the cinema (Showroom, Sheffield) both laughing and in tears. That means it’s good, right?

Monzo card. Monzo says it’s the only bank that’s as smart as your smartphone. It’s going to help me track my spending, budget and live a happier life. It’ll tell me when I’m spending too much on coffee and new clothes.

Karma Yoga Working Weeks in Andalucia for the brave of heart and strong of hand. Free yoga, meditation, food and board exchanged for physical work in the garden/river. Also, solo writers’ retreats – come and be well fed with an onsite mentor, editor and yogi – samantha@shortcreatures.com

La La Land. Believe the hype. I watched this with a smile on my face for pretty much the entire film. And no, it wasn’t just because Ryan Gosling was tap dancing.

Designs of the Year at the Design Museum, London. Marvel at the genius offerings from the creative industries. From the Channel 4 rebrand to a flatpack refugee shelter and shoes made from ocean plastic.

50 Things That Made the Modern Economy. Ten-minute podcasts that reveal the inventions, ideas and innovations that have helped to create the economic world we live in.