I recently heard Shteyngart read from this, his latest novel. Set in the near future (next Tuesday) it’s the story of Lenny Abramov, the only remaining book reader in an illiterate America overrun with media types who spend more time social networking on their smartphones than they do ‘verballing’ to each other. Sound familiar? An alarmingly prophetic satire, I was laughing out loud as I read it on the bus (fortunately no one noticed as everyone was attached to their iPhones). Is it a sad love story? Yes. Is it true? We might be heading towards this future. Is it super? Absolutely. And if the above doesn’t convince you, check out this bizarre trailer here. 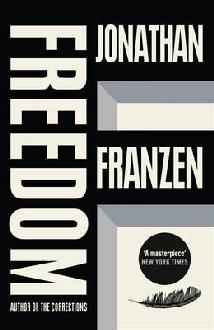 Jonathan Franzen’s Freedom has been so widely praised, that it hardly needs my recommendation, but hey, it’s getting it anyway. It’s one of those books where you know you’re in the hands of a master storyteller from the first paragraph. After Updike passed on, I never thought we’d see someone who could write about the nuances of families with such precision and sympathy again, but he’s every bit as good. I’m walking round with a Freedom-shaped hole which nothing looks like filling soon. 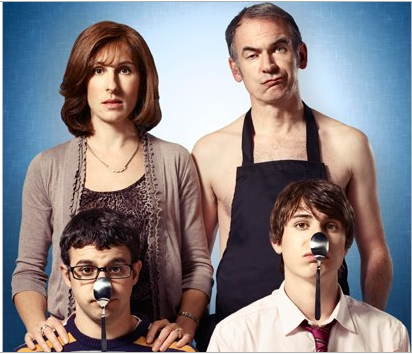 A Jewish family has dinner in suburbia on a Friday night. That innocuous set-up contains a whole world of surreal and visceral entertainment. Dad is always ‘boiling’ and therefore topless. Mum, the peerless Tamsin Greig, can’t stop her grown up sons hiding in binbags to surprise each other, and she’s resigned to the creepy attentions of their neighbour Jim, who helpfully guides her down a ladder by cradling her buttocks in episode one. Another time, the boys shut Grandma’s hair in the car door and the alarm goes off. “Is it the police?” she asks. I never want this show to end.

The Form Book: Best Practice in Creating Forms for Printed and Online Use
Borries Schwesinger
Thames & Hudson, £22.94 on Amazon

A big book of beautiful forms. Remarkably interesting if you like data design, infographics, IA and the like. I got it for my birthday — in fact I asked for it. How sad am I?

Exercises in Style
Raymond Queneau
One World Classics, £5.49 on Amazon

If you’re ever at a loss to describe tone of voice to a particularly out-of-touch client, take along a copy of ‘Exercises in Style’. It’s the same rather humdrum story of a man seen acting strangely on a bus told in 96 different ways.

Queneau, French intellectual who dabbled in Surrealism, has huge fun tackling versions in ‘Comedy’, ‘Official Letter’, Cockney’, ‘Blurb’, ‘Haiku’, ‘Noble’, ‘Past’, ‘Present’ and ‘Hesitation’, among many others.