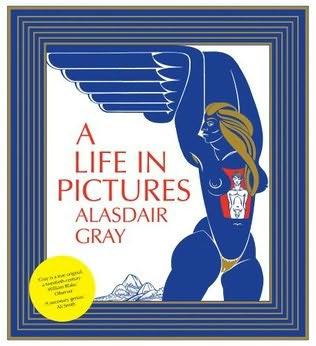 A Life in Pictures

As its title suggests, this book documents Gray’s life – artistic and otherwise. Arranged in chronological order, it’s fascinating to see his style develop over 60 years. What’s remarkable is that his paintings are only half the story – there’s also his written output, including the quite brilliant novel Lanark, which is barely touched on here. A remarkable outsider artist who deserves far more recognition.

This last play by Terence Rattigan is due to start at the Old Vic in mid-March and tickets are on sale now. It’s the hundredth anniversary of Rattigan’s birth, hence a lot of his plays are being put on all over the country. He’s come through a period of neglect to the current situation where he’s recognised as one of the great playwrights of the 20th century. Last week I went along to a special event at the Old Vic where the director Thea Sharrock and members of the cast talked about the play at an early stage in rehearsals. They made it sound unmissable. I’m sure it will be. And that’s not just because I’m still star-struck after talking with Anne-Marie Duff for five minutes.

On holiday last summer in Honfleur, Normandy, we went to the Satie museum, probably the most bizarre experience of the trip, and that included violet ice cream. He’s best known for his piano music, but he seems to have been boundlessly creative in his approach to everything, including clothing. I’m reading his letters at the moment, ‘Satie Seen Through His Letters’, by Ornella Volta. I admire his fearless approach, but he did die in poverty so I don’t think I’ll emulate it too closely.

I do have this other blog, not really about writing, unless you count writing knitting patterns, about my plan to save the world. I’ve been invited to launch it with a workshop at Ethical Fashion in the Age of Austerity, 3 March, 6pm-9pm, at the V&A Museum of Childhood, Bethnal Green. 26ers who can knit (or would like to have a go) are welcome to come along. Everyone who’s interested in sustainable alternatives to Primark and TopShop might want to wander over there and see what’s what. Betty Jackson’s coming too. More here: http://5degreewoolly.blogspot.com. 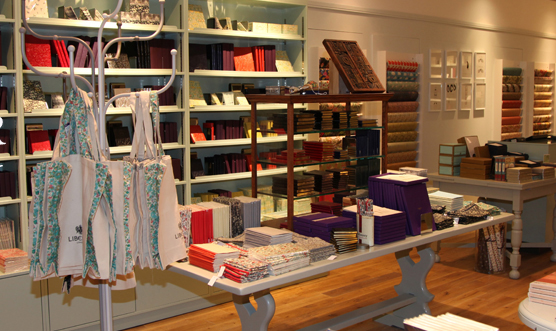 And finally…If, like me, you are old school in your approach to writing, and are drawn to fountain pens and leather bound notebooks, you might like to drop in on Liberty’s new stationery room. Ground floor, come in by the entrance with the flowers, and turn right. It’s the writers’ equivalent of the sirens. So far I’ve only peeked. Before I take a proper look, I’m going to have to handcuff myself to Nick and stuff his ears with cotton wool so he can’t hear me yelling as he drags me out of there back to safely.

Madame Verona Comes Down the Hill

Madame Verona has alighted on the barely populated village of Oucwègne, coming “from the north” to live on top of a remote hill with her husband. When her husband dies, she decides to have a cello made from the wood of the tree outside their house. Now she must wait 20 years for the wood to mature. The author, the Belgian Dimitri Verhulst, hands out sparse details in this novel. The villagers go to the vet for their ailments, rather than a doctor. They once elected a cow with a “phenomenal rump” as mayor. And over and over, we hear of Madame Verona’s final descent down the hill.