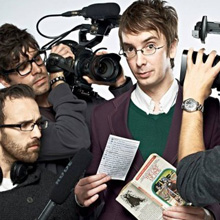 A Diary and a Twist

Nathan Penlington’s interactive Choose Your Own Documentary show is back for a short spell at the Soho Theatre. When I wasn’t laughing I was nearly in tears. Approved by Jeff Goldblum, too! 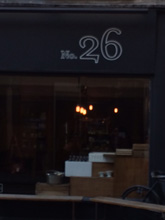 Here’s a coffee shop in Rathbone Place, near Oxford Street, London that should become our first choice, spotted by Martin Lee. And, the flat white’s good.

A highly unoriginal recommendation, given that almost everyone seems to have read this by now, but it truly is a majestic novel. It’s a low key story about a superficially unremarkable life. Stoner is an undemonstrative man, an academic, but possessed of a fierce, stubborn dignity, and a depth of emotion that normally stays well hidden beneath the carapace of respectable mid-twentieth century conventions. The power of the story is in the telling. The prose is spare, understated but enormously powerful. It’s one of the great books. Read it.

The Drowned Man: A Hollywood Fable

I still have no idea what the narrative was, but it was like walking into an episode of Twin Peaks. Absolutely engaging. Showing at Temple Studios.

Two good poetry books are ‘Sufficiency of the Actual’ by Kevin Stein and ‘Pepper Seed’ by Malika Booker. And two useful social media monitoring platforms are Sumall– and Mention.

Viv Albertine (first-time actor, ex of The Slits) is mesmerising in this third film in a loose trilogy by Joanna Hogg, Exhibition. Playing a mid-life performance artist, we see Albertine hugging the walls of the Modernist house her husband wants to sell. The film moves slowly, but stays with you.

This subtle, uplifting novel ‘Still Life with Bread Crumbs,’ deftly addresses feminist issues with a light touch. Rebecca Winters, once a famous photographer who used marriage and children as her subject matter, must now at “a certain age” reinvent herself. With her marriage over, her son a young man and the royalty checks drying up, Winters bravely and comically begins anew.

‘Beyond the Book’ is an exhibition of artists who use books as their medium. Good news for bookworms; Crammed, groaning bookshelves can be an art form. The London gallery, Long & Ryle, is just behind Tate Britain.

Lost for Words’ by Edward St Aubyn. The contemporary novelist – shortlisted for the Booker Prize for ‘Mother’s Milk’ in 2006 – turns his acerbic, satirical gaze inwards, namely on the literary world. His book looks at what lengths scheming judges, narcissistic authors and perverted editors will go to bring home a famous literary prize.

The cup runeth over with literary events this spring, starting with author Joanna Rakoff discussing her memoir, ‘My Salinger Years’ at the Notting Hill bookshop Lutyens & Rubinstein on 29th May. In it she portrays the (nearly) lost world of the old school literary agent and what it’s like answering JD Salinger’s fan mail.

Listen to best-selling novelist Kate Mosse and other prestigious panellists discuss how to get your first novel published at the Southbank Centre on 2nd June.

Ex-Times writer Rachel Kelly discusses her new book, ‘Black Rainbow’, a memoir about how poetry helped battle the demons of her depression. Kelly will be speaking at the Idler Academy on 5th June.

Fans of Edward St Aubyn’s might want to view him in action at the Althorp Literary Festival (12th -14th June) where he’ll be speaking along with a host of other top writers, including Jung Chang (‘Wild Swans’), Tim Butcher and Boris Johnson. Tickets to hear the London mayor are sold out, as well as tickets to hear award-winning journalist and Newsnight presenter Jeremy Paxman. But there are plenty of other talented authors speaking so book now while there’s time

Moving east to Balkan Day, a free seminar at the British Library on 13th June where my gifted teacher at Kingston University, Vesna Goldworthy, is participating. One of the programmes will be a panel discussion hosted by Wasafiri, (“safari” in Swahili), a magazine of international contemporary writing.