A superb Easter drama, must-see plays and stories inspired by photography. We’ve gathered our favourite books, films, lectures, plays and projects to keep you busy over the next month.

Return of a King by William Dalrymple

The British Army is withdrawing from a war-torn country. A swift, successful invasion has descended into chaos. The call for Jihad has united previous warring tribes. Key objectives haven’t been met, and the future for the indigenous people is far from certain. Sound familiar?

This is the story of the first British invasion of Afghanistan, which started in 1839 and ended in 1842. Anyone interested in the historical context that still informs the religious and political life of Afghanistan today should read this book. It’s also unique as Dalrymple is the first western writer who’s bothered to seek out contemporary Afghan source material. ‘We’ don’t come off that well. It’s a highly intelligent page-turner made all the more resonant by recent events.

A quite superb Easter drama, starring a magnificent, restrained performance by Brendan Gleeson as a wise and unusually life-experienced Catholic priest. His is a thankless parish, full of misfits, misanthropes and horrendously damaged people. The film opens with a terrible jeopardy, delivered in the confessional box, and Gleeson’s character has to decide how to respond. He has a week to make his mind up. It’s funny, moving and entirely compelling. The west coast of Ireland provides a stunning backdrop. The writing is superb, and Gleeson is brilliantly supported by the Wire’s Aiden Gillen and Dylan Moran, amongst several other strong performances.

Listen to Shakespeare’s sonnets read aloud by the starry voices of Simon Russell Beale, Harriet Walters and others who haven’t been announced yet at the Royal Festival Hall on Sunday, June 1st. All 154 of the great poet’s moving iambic pentameter verse will be read aloud so book now for either the afternoon or evening session or for the really keen, both. 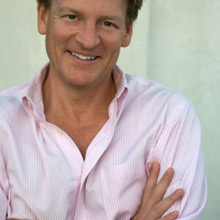 Michael Lewis on Flash Boys
Michael Lewis, talented author of Moneyball, The Big Short and The Blind Side is speaking about his latest endeavour Flash Boys with Dominic Lawson on April 30th at the Royal Geographic Society. Lewis has a knack for not only explaining the world of high finance (in this case, high-frequency trading), but making it compelling. Bonfire of the Vanities author Tom Wolfe describes Lewis as ‘probably the best current writer in America.’ Buy tickets here.

I can’t wait to see Good People with Imelda Staunton which has transferred to the Noel Coward Theatre for a limited run after rave reviews at the Hampstead. And another play on this month’s hopeful shortlist is King Charles III at the Almeida. It’s sold out except via day seats or returns. It’s that good. The FT calls it “good serious fun.”

Loving AM Homes’ May We Be Forgiven. But as it won the Women’s Prize for Fiction I’m guessing I’m not alone there.

Another vote for Calvary

I can’t recommend John Michael McDonaugh’s Calvary enough. Brendan Gleeson is the good (but flawed enough to be human) priest who is told in the confessional that he’s to be murdered in revenge for the sins of other less good priests ‘a week on Sunday’. The film then follows Gleeson through that week tending to his greedy, angry, occasionally brutally cruel congregation on his way to his personal Golgotha just outside Sligo. Beautiful and moving you’d expect, but what lifts this out of the ordinary is the humour which weaves through a range of modes from bone dry and bitter through to absurd, even slapstick. I barked with laughter several times, often at the most poignant moments. Chris O Dowd, Dylan Moran, Aiden Gillan and Kelly Shields support and decorate beautifully. Moving, uplifting, heartbreaking in a way Russell Crowe can only dream of. And funny.

If you caught A Separation, a wonderfully moving film, Asghar Farhadi’s new cinematic outing is every bit as good with riveting and raw central performances by Bérénice Bejo, Tahar Rahim and Ali Mosaffa. It concentrates on the tangled relationship of this trio through their interconnected lives. 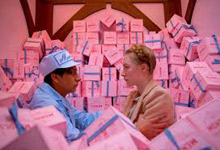 A wonderful romp, magnificently directed, realised and scripted by Wes Andersen gives Ralph Finnes the opportunity of a surprisingly humours performance along with a wonderfully eclectic cast. A visual feast on a vast scale.

Written by the Pulitzer Prize finalist Jon Robin Baitz, Other Desert Cities takes place over a Christmas break at the Miami home of the well healed Wyeth’s, a retired acting duo with a dark back story. Enter daughter Brooke who unleashes the bombshell that she has written a tell all biography about the family. The outcome revealed in the second half will have you on the edge of your seat. Currently at the Old Vic 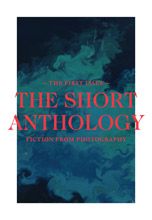 The Short Anthology is fiction inspired by photography. Each issue uses a selection of work from one photographer as the stimulus for writers from around the world to create a collection of short stories. A lovely idea well executed.

I’m re-reading Gabriel García Márquez this week and his first book – Leaf Storm and other stories. Here are my favourite things this month.

1. Swamplandia by Karen Russell, a romp of a debut novel through Florida’s swamps with alligator wrestlers, Bird man and a love affair with a ghost.

2. The Fall by Diogo Mainardi, a journey of 424 steps linking the Brazilian writer’s son, Tito with Proust, Dante and Pietro Lombardo.

3. The Past, a heartbreaking, bleak film starring The Artist’s Bérénice Bej. Don’t go if you need cheering up.