Things we like this month from the perfect film to Turner & the Sea at the National Maritime Museum; Drysalter – 150 poems of 15 lines each; a UK premiere of The Dead Dogs by Jon Fosse and the most absorbing six hours and 10 minutes of theatre to be enjoyed in a single day. 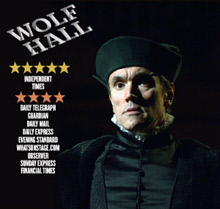 The most absorbing – and unexpectedly funny – six hours and ten minutes of theatre I’ve enjoyed in a single day in a long time.

Tickets are available as returns only but it is likely to make a transfer to London so get a ticket if you can.

Here are my favourite things this month.

2. There’s a new story by Lorrie Moore in the latest Granta, to keep us going until her first collection in 15 years is published on 6 March. ‘So let a babysitter become a bride again. Let her marry over and over. So much urgent and lifelike love went rumbling around underground and died there, never got expressed at all, so let some errant inconvenient attraction have its way. There was so little time.’

3. The Invisible Woman directed by Ralph Fiennes. Haunting and restrained film about Charles Dickens and his women written by Abi Morgan.

Not exactly literary, but I’m eager to see Bailey’s Stardust at the National Portrait Gallery, a celluloid jaunt from swinging London to the jungles of Papua New Guinea.

Definitely literary- Daunt Books’ Literary Festival on 27th and 28th March at their Marylebone High Street store with such highlights as ‘Celebrating Virago Modern Classics’. Award-winning women writers reveal themselves as readers, by discussing how certain classics still inspire them. Book now as talks are getting sold out, including biographer Claire Tomalin’s on The Invisible Woman and War Horse author Michael Morpurgo’s about his life.

My favourite book store in Notting Hill is hosting a discussion between Ben Watt- author of memoir Romany and Tom about Watt’s parents – and novelist John Niven. Tickets for the 4th March event can be bought by contacting the shop.

Actress Fiona Shaw will be reading from Yeats in the most lyrical Irish accent at 5 x 15’s 17th March event at the Tabernacle in Notting Hill. Book tickets before they’re all gone.

The Dead Dogs by Jon Fosse

I’m looking forward to seeing the UK premiere of “The Dead Dogs” by this celebrated Norwegian author. Fosse’s impressive CV includes being the most performed living European playwright in the world, as well as a Nobel Prize for Literature nominee. The play opens at the print room on 15th March.

Love and Loss in Paris and London

For two years I have been working on a book about Laurie Lee and the Spanish Civil War so have been devouring anything by writers like Hemingway and Orwell and discovering new authors writing on how war changes the lives of people, before, during and after the conflict, well away from the front line.

Paula McLain’s The Paris Wife tells the story of Hadley Richardson, Hemingway’s first wife and their life together in interwar Paris. It is a beautiful account of young love, the death throes of a marriage, the charm and ruthlessness of a young writer as he drafts the book, The Sun Also Rises, that will make him a legend.

Anna Hope’s Wake, a superb debut novel, creates a spider’s web of a tale interweaving the stories of three women across five days in 1920s London. The different threads of Hettie’s, Evelyn’s and Ada’s lives, all stretched taut by loss and infused with shades of grey, come together on the day the Unknown Soldier’s coffin arrives in the capital from the still battle-scarred fields of France.

150 poems of 15 lines each – ‘constraints breed creativity’ as John Simmons once said. I urge you to go into a bookshop, take a look at the poem ‘Hitchcockean’ (page 8)- ‘the duck-egg blue shells of moments cracked open.”

Anyone who loves Turner’s work will be enthralled by this exceptionally well-curated and brilliantly hung exhibition. In one room, Turner’s technically innovative skills and masterly use of paint give us three majestic images that will sweep you up in his personal view of the sea as a terrible force of nature. The epic scale of these early paintings is offset by several delicate pencil and watercolour drawings, including one evoking a poignant moment as HMS Victory returns to London bearing Nelson’s body. If I could have anything from this show – and there is much to see that’s rarely seen in London – it would be this touching drawing. As it is, I (like you) will have to make do with memories. Go, and add to yours. At the National Maritime Museum until April 21 2014. 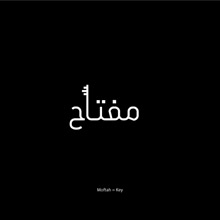 My talented colleague Mohannad Mahayni has a sideline in visualising Arabic dialect words. Fascinating and accessible—my favourite so far is ‘moftah’ (key).

Change the way you think about engaging people through multimedia with ‘The Art of Immersion’ by Frank Rose. (Worked for me.) And some proof that ads are already moving on. Clever concept, brilliant script and flawless performance from the lovely Anna Kendrick. 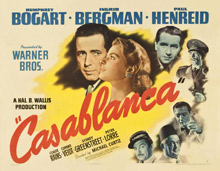 On Friday night I decided to put on ‘Casablanca.’ I sat transfixed. If ever a film achieved its aim with perfection, this was it. Not only is the story told wonderfully, the film is visually stunning. Bogart and Bergman are centres of elegance around which revolve a world of contrasts. The scenery is shamelessly theatrical rather than cinematic, but it is the lighting cinematography that lifts the film to a new level. Effortlessly, you are watching a fabulous romance framed in works of art. As you watch, you can’t help feeling scene after scene could be frozen and displayed in a gallery; or, more likely, the wall of a trendy themed eatery. Give yourself a treat. Put it on and sit back … and just, in your head, thank me.

Apologies to Robert Frost for abusing ‘Fire and Ice’

She said the game would go t’wire

The skip of ice.

But if dreams shatter in a trice

Hastily written in the hour after the end of the Women’s Curling tense semi-final between GB and Canada at the Sochi Winter Olympics 2014. A small fact: nearly every 44 lb curling stone in the world has been cut from the same outcrop of grey granite from the sea-girt island of Ailsa Craig off the Ayrshire coast. Not many people know that…

A Taste of Honey by Shelagh Delaney

This revival at the National Theatre is tremendous. Great set, brilliantly acted, especially by Lesley Sharp, and altogether a fabulous evocation of 1950s Lancashire. Incredible that a play of this quality and maturity was written by a 19 year old and it comes across as being as relevant and spicy as it must have been 50 years ago. A real treat.