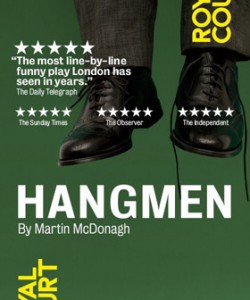 I enjoyed the dark and lesser-known Rickman film Closet Land, a very play-like two-hander about the interrogation of a children’s author. Nice contrast to Prince of Thieves. Book-wise, I’m late to the party but Lena Dunham’s Not That Kind of Girl has been my favourite charity shop find this year. 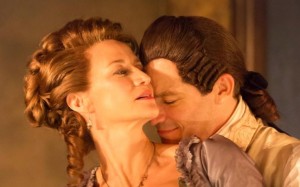 Try and go see sexy Dominic West in Les Liaisons Dangereuses at the Donmar Theatre. It’s a joy to watch West in the role of Vicomte de Valmont seduce the equally crafty Marquise de Merteuil and the pious Madame de Tourvel. The rest of the cast is just as stellar.

I visited New York City’s Morgan Library in midtown earlier this month and really enjoyed Ernest Hemingway: Between Two Wars with letters, photograph’s and drafts from several works, including The Sun Also Rises, A Farewell to Arms, and For Whom the Bell Tolls. A timeless quote from Hemingway: “You have the sheet of blank paper, the pencil and the obligation to invent truer than things can be true. You have to take what is not palpable and make it completely palpable and also have it seem normal and so that it can become a part of the experience of the person who reads it.”

I couldn’t put down Did You Ever Have a Family by Bill Clegg, a tale about a family destroyed and how utter sadness brings clarity. At first I thought, ‘no, this will be too depressing’ but it was so well written, gripping and astute that I was happily lost in its pages.

My NY’s Resolution is to read more good books and less magazines and newspaper articles. And as if by magic I came across Ernest Hemingway’s list of required reading. “Here’s a list of books any writer should have read as part of his education,” the celebrated author told his only protégé, aspiring writer Arnold Samuelson. “If you haven’t read these, you aren’t educated.” Of the 17 listed, here are the ones available on line ; Madame Bovary, Of Human Bondage, Anna Karenina, War and Peace, Wuthering Heights, The American and Far Away and Long Ago. 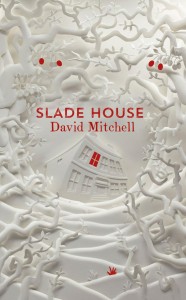 Slade House is yet another triumph from David Mitchell. Compelling short gothic tale centred on two creepy siblings. A familiar Mitchell trope, as the story moves forward through time in nine year increments, but no less fabulous for that. Full of twists, including one great one in the final paragraph. 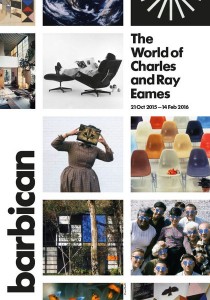 American Modernist Duo at the Barbican

The World of Charles and Ray Eames at the Barbican

This exhibition lacks the wow factor or feeling of celebration you’d expect from a retrospective. Nonetheless, it delivers a diverse range of well-known and less famous creations. Don’t miss the film showing how a variety of materials and processes were brought together to create the Eames plastic armchairs.

On a chilly New Year’s Day in San Francisco, we were pleasantly surprised by Jennifer Lawrence’s performance in Joy. It is humorous, touching and the audience is treated to behind-the-scene snippets of the world of commerce in the 90s. You can’t help but enjoy the humanness of this film. 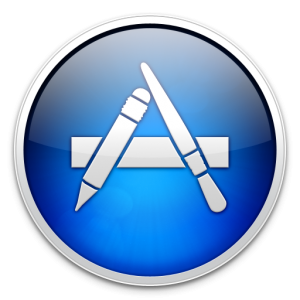 Good for keeping an eye on daily output particularly if you’re working towards a specific target. It lives in the menu bar, so it’s always there at the top of your screen, and totals words across apps (though you can set your own filters and set it up to pay attention to specific documents).

Article that struck a chord. Here’s an excerpt: “When the going gets rough in any creative or entrepreneurial project, what we require isn’t reason or rationality, it’s sheer tenacity—commitment to our abilities, commitment to our process, commitment to finishing even in the face of the inevitable setbacks. This is what separates children from the adults, and the Peter Pans from the Pros.”