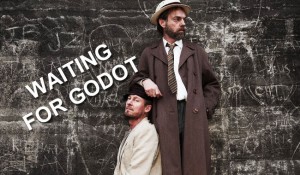 If Samuel Beckett holds tight to your despair and makes it sing, get yourself to the Barbican for the month of June. There’s a stash of happy days and nights here: Waiting for Godot, All That Fall, Lessness, Rough for Theatre I, Act Without Words II, Krapp’s Last Tape, Not I, Footfalls, Rockaby… Book now or forever hold your peace. 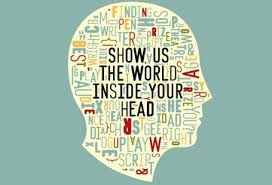 I stumbled across this website almost by accident – it’s a daily fiction writing competition where you have to submit a story of less than or equal to 100 words. Each entry attracts a $5 entry. I didn’t win on my first go, but got the most charming personal email back from the editor which was more heart-warming, encouraging and significant than winning the $50 prize. For those of you have fallen for the curious joy of the sestude constraint, this just might be your fictional equivalent. Great fun; haiku for novelists. 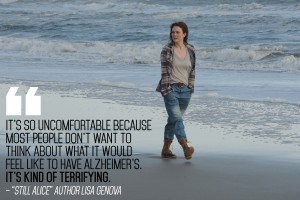 Epstein at The Foundling Museum. For beautiful heads and tales of Bloomsbury mistresses.

Master and Margarita. The devil comes to Moscow, broadcast on Radio 3. 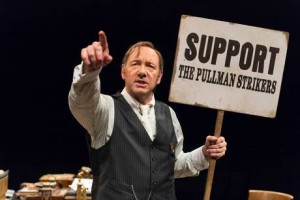 Live at a theatre

My recommendation this month is simply to go to the theatre more to see live performances. There’s nothing else quite like it. The actor just in front of you (not filtered by a screen) is living and breathing and feeling the human character they are playing. When you experience this at its best, it’s an overwhelming emotional experience.

This month I saw Kevin Spacey as Clarence Darrow, his one-man show at the Old Vic – really quite an extraordinary performance that had the audience on its feet as he spoke the final words. Then Juliette Binoche in Antigone (Sophocles in a version by Anne Carson) with a wonderful cast including Finbar Lynch. I thought Juliette Binoche was amazing (not just for her beauty) and it was a deeply emotional version of a Greek tragedy from 2500 years ago. It seems that human beings have had this kind of experience throughout existence. We need to appreciate it again with each new generation.

You probably won’t get tickets for either in London now (completely sold out) but Antigone is going on tour – you can catch it in Edinburgh and other places. 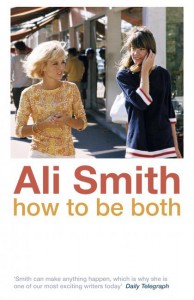 How To Be Both

I thought I’d start Ali Smith’s latest novel how to be both on a transatlantic flight, and then enjoy finishing it during my time on ‘the other side’. Six hours later, I was reading the very last word as the plane wheels touched down on North Carolina tarmac. Yes, it’s that good. I literally couldn’t stop.

Known for being a book of two halves – with half of the print run starting with one story and half with the other – it’s a beautifully deft exploration of art, love, loss, time and gender. Big things touched on through the smallest, most delicately painted details. If you’ve never read Ali Smith, this is a great introduction to one of the UK’s most talented writers. And if you’re a fan, the hardback is worth the extra pennies – don’t make yourself wait any longer.

On that note, May’s Brighton festival programme is out, and it’s curated by none other than Ali Smith. Together with the fringe programme, this brings a carnival of art and fun to one of the UK’s most characterful cities.

The BBC’s Wolf Hall – a terrific adaptation of Hilary Mantel’s first two novels in her Cromwell trilogy – Wolf Hall and Bring up the Bodies. Honestly, this is British TV drama at its very, very best. If you haven’t seen it yet, treat yourself to the box set. I’ve heard people say they thought it was boring, and immediately inwardly pegged themselves as brainless Channel 5 junkies.

Springtime is here – a time to open your eyes to the beauty of nature leaping into life around you. So let’s take our heads away from our screens and books and go for a walk, noticing the little things changing on our planet and soaking up the beginnings of warmth in the air. I love hearing the birds in the early morning. It feels like our fellow creatures are all stirring after a long winter. Let’s not miss it. 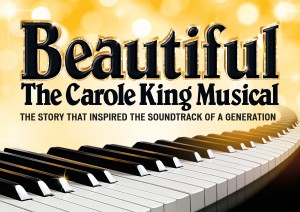 Run don’t walk to see Beautiful, the musical about Carole King’s early amazing career. The show features several of King’s poignant songs from Tapestry (ie “It’s Too Late”, “Will You Love Me Tomorrow”, and “So Far Away”), one of the best selling albums of all times, selling over 25 million copies. King recorded it when she was just 29.

Now I see why everyone loves Elena Ferrante’s My Brilliant Friend – fantastic writing coupled with a plot that flies. And best of all, it’s the first of three so my Easter reading is sorted.

Hampstead Theatre is launching its inaugural drama and literary festival From Page to Stage this weekend (Mar 27-29). Playwrights, aspiring and otherwise, take note of the tantalizing cast of speakers, including Fiona Bruce, David Walliams, Sheila Hancock, Kathy Lette and many more.

I am excited to binge on Bloodline (from the makers of Damages), a dark family drama with Kyle Chandler, Sissy Spacek and Sam Shepard. It’s about a seemingly perfect family in the Florida Quays whose secrets are exposed when the black sheep returns home. The trailer is uber-gripping. 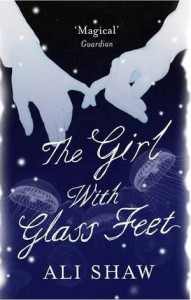 The Girl With Glass Feet

Ali Shaw writes the most intriguing love stories, fantasy fairy tales set in strange lands where strange things happen to strange people. In The Girl With Glass Feet, a mysterious and frightening metamorphosis has befallen Ida – she is slowly turning into glass, from the feet up. In case you chaps think this is all too girly… Ali Shaw is a chap. 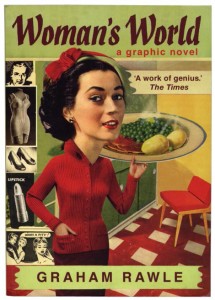 I finally got around to reading Graham Rawle’s ‘Woman’s World’ recently. It was written in 2005 and he’s the man behind the ‘Lost Consonants’ feature that used to appear in the Saturday Guardian magazine some years back. It’s a novel, put entirely together from cuttings of text – and a few pics- from 1960s women’s magazines. Initially, I wasn’t sure if it would work, but once you get into it’s strange world, where adverts for 60s soap powders, for example, will fuse seamlessly into the narrative, it’s hilarious. Totally bonkers, but brilliant. Probably helps if you’re as old as me and can remember the 60s though, otherwise the cultural references might whizz over your head. 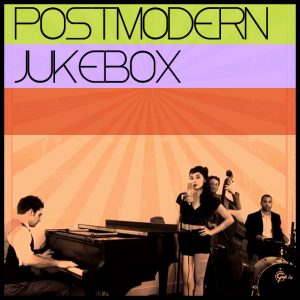 Interesting group called Postmodern Jukebox from USA. A loose collective of musicians and singers from the USA, set up by ragtime pianist Scott Bradlee, who take mostly modern US pop tunes and cleverly backdate them into stylish new versions from the 1920s to the 1960s – “Twerk is the New Twist”!

Sadly I won’t be there … 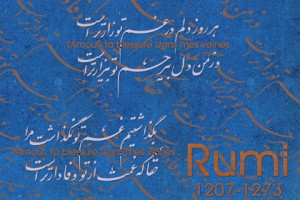 May My Voice Beat the Drum in Your Ear

If you like your poetry with a twang of Sufi mysticism, watch this excellent documentary about Rumi, the 13th-century Persian poet. It includes some hypnotic readings set to music from Rumi translator Coleman Barks. There are also some wonderfully odd talking heads (that Sheikh?!) and beautiful thoughts about the need to read poetry aloud to each other – may my voice beat the drum in your ear?

And if that’s whet the appetite, here’s a charming interview with the sweet Mr Barks himself. I particularly loved the section – about 27.49 minutes in – where he talks about the twenty unpublished years between his first poetry book and his second.

Continuing the poetry theme, here’s a link to a wonderful – and very rare – interview with American poet Mary Oliver. I loved her comments about writing while walking and her readings of new poems. And, well, just about every thing she says resonated one way or another. A big surprise was how she came to write perhaps her most famous poem, Wild Geese.