‘Tis the season to be fearful

On a dark and stormy night listen to Serial a terrifying and gripping nonfiction murder mystery podcast that had one fan forget to cook the family’s Sunday roast – too preoccupied was she determining whether someone could really strangle a person in broad daylight in a busy car park.

And while we’re hiding under the blanket covers, Patricia Cornwell’s new gripper Flesh and Blood -set in Cornwall – is a must. It’s all in the family here.

And for Christmas ideas, I’m relying on the School of Life for ingenuity in present giving. The ‘Emotional Baggage’ tote sadly only comes in one size. So many of my friends and family could use an extra large.

Went to see Mark Thomas in Cuckooed, at the Tricycle last night. He was brilliant, funny, and very sure he is right, which of course he is! Loved it. it’s on until Saturday (13th) go if you can or catch him another time. 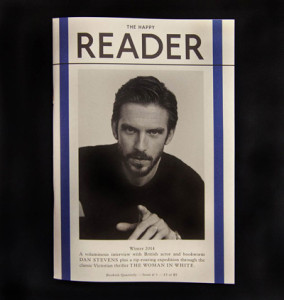 After one bus journey spent reading issue one of The Happy Reader, it’s officially my new favourite thing. A collaboration between Penguin Classics and Fantastic Man – this beautiful piece of print is a must-have for book lovers and magazine obsessives alike. Get it in your life. Now.

To me December recommendation should have some entertainment value, and there is nothing better than Pop Sonnets. 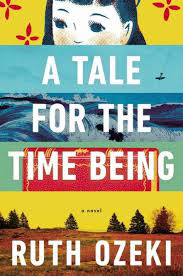 2014 was my year of Japan. I visited it for the first time this autumn. As I always like to do when travelling I took books to read that related to the place. These two were both wonderfully written and, in contrasting ways, helped me understand and love Japan all the more. Ruth Oseki’s A Tale for the Time Being revolves around a diary washed up on the shores of the Canadian Pacific. This diary is written by a Japanese teenager with references to her relative who was a kamikaze pilot in the second world war. Resonates like the Hiroshima explosion.

The second was David Mitchell’s The thousand autumns of Jacob De Zoet set in the Japan of 300 years ago, with a small Dutch colony trying to open Japan for trading. But the culture has its own mysteries that make for an exciting adventure story on one level and at the same time a meditation. David Mitchell really is an extraordinary writer.

Your Beethoven late string quartets recommendation got me wondering about 26ers’ writing playlists. On Monday mornings I find that the frenetic busyness of baroque classical works wonders. For something more contemporary, John Luther Adams’ new piece Become Ocean might be good for immersive concentration. (Not for those downing in work.) 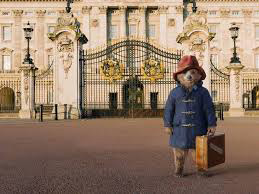 Paddington at the cinema. The bear is voiced by Ben Whishaw. Normally I use family outings to the cinema as nap time, but this is brilliant. Watch with marmalade sandwiches.

Beethoven’s late string quartets. Good for writing. Crazy to think that he composed them while deaf.

This is the last weekend to immerse yourself in the ethereal surroundings of the Enchanted Woodland at Syon Park. The property is closed for the winter until 15 March 2015 but this magically lit woodland will delight the child in you. 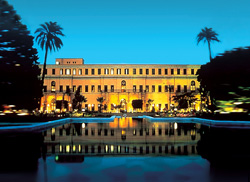 While in Egypt for work last month I was lucky enough to attend a production of Verdi’s Aida at the palace wing of the Marriott in Cairo. The sumptuous building was built in the 19th century by the Khedive as a palace for Empress Eugenie, wife of Napoleon III. She was invited to the grand opening of the Suez Canal and they just built a palace for her brief visit. As one does. Watching Aida there two weeks ago transported me back to a time when Egypt made the news for more constructive events.