The Angel of the Stories 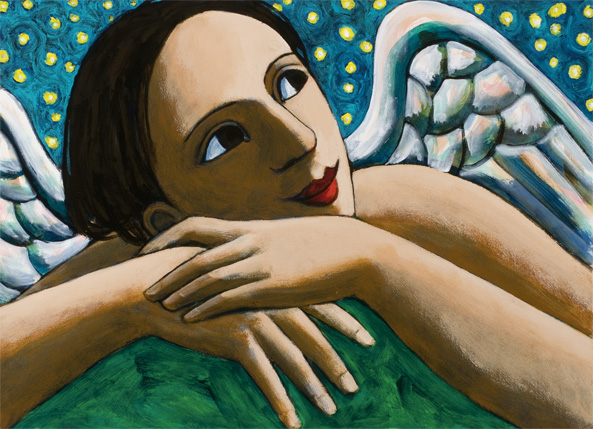 “Julia Buendia Allone was proud of her name, even though it made people uncomfortable. People said there was no more difficult name in the world. How do you pronounce it? I don’t mind, said Julia, it’s up to you. But people still wanted to know. They shied away from calling her ‘Alone’ although that was the obvious pronunciation to many. Perhaps they felt that labelling her with such a name represented a small act of cruelty. So, Julia herself took pity and decided to distance herself from the perception of loneliness. Her English mother had named her Julia but she abandoned the liquid ‘ll’s of Allone, retreating to the Spanish roots of her father with the sudden certainty of a sound like a ‘y’.”
This is the opening passage of 26 member, John Simmons’ beautiful novel, ‘The Angel of the Stories.’ Read more about the book and his collaboration with artist Anita Klein at Dark Angels Press.