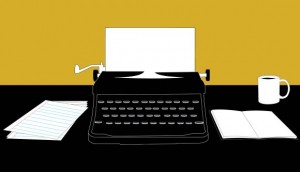 26ers share their personal projects from published novels, short stories and memoirs in the making. Aren’t we a clever bunch?

Being in post-hernia operation prescribed slobbing around mode, I’m getting really stuck in to my local league footballing memoir, a grass-roots version of Nick Hornby’s Fever Pitch, which I am convinced will be a triumph, earning similar endorsements to the book mentioned above. Though, that could be the Ibrubrofen talking.

Adventures on a motorcycle

My third travel book will be published in September. “EMPIRE ROAD: Lake Victoria by Motorcycle” is my third African adventure book. This one took me to five countries in East Africa.

Well my first novel is out next week, which is my big news:

The Lies We Tell, a psychological thriller, is available from August 17 2015, published by Canelo:

For background, MS for my second, is now with my agent and I’m currently quarter-way into the first draft of my third … when I’m not doing journalism, business writing etc. And that’s before we get on to non-writing related family challenges.

Encouraged by the publication of my first novel Leaves, and its 5-star reviews, I’ve been working on a second novel. It will probably take me two years to write (I’m a third of the way into that time) but I’m really enjoying the journey.

Read more about it here.

I’m one of five winners in the [Untitled] competition to have my Kelpies inspired short story, Nae Chance, made into a song by the Falkirk Folk Club. The songs will be performed by the Folk Club and the original versions read by the writers at an event later this year.

Nearly 20 years after it was first published, and acclaimed – and bizarrely lost – Elise Valmorbida’s debut novel Matilde Waltzing has been reincarnated. Thank God, or Saint Barbara of the Apparition, for the technological revolution.

I’m doing a ‘Live’ script-in-hand recording of the Queen’s of Dawson City, written by Pete Aveyard, dramaturged by me, based on the true story of the building of Walshaw Reservoir. Pilot episode for a sitcom. Writing ‘Strange Tales in Bradford Dale’ Book 2 in my Strange Tales series

In July, I was lucky enough to spend a week at a writing retreat in Andalucía, which was run by 26’s Stuart Delves. I spent my days researching, writing and of course, eating tapas.

Stuart ran a writing workshop every morning and each one gave us a different approach or way in to writing. One of exercises was all about fear and that’s what inspired the short story I’m working on at the moment. I’m always putting off personal work, but I’ve got hope that this time it will be different!

Inspired by my latest 26 project at The Foundling Museum, 26 Pairs of Eyes, I’m now 36,083 words (not that I’m counting forensically every 10 minutes or anything) into a children’s book about the life of John Brownlow. He was a foundling who became friends with Charles Dickens and eventually became a governor of The Foundling Hospital and highly regarded for his kind nature and regular communication with the children’s mothers. My agent was expecting the first draft in August, but I’m hoping to file early September once children are back at school and I have more time to write.