“I’ve long wanted to see my 2001 children’s novel Compass Murphy adapted for the big screen. My script has been circulating in Hollywood, with interest but no takers so far. Now it’s just been confirmed that the screenplay has been made Official Selection in the Monaco Film Festival next month.” 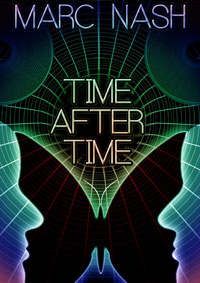 “My fifth Kindle book came out a couple of weeks ago. It’s called Time After Time and is ‘Terminator’ meets ‘Attack the Block’ by way of ‘Looper’.” 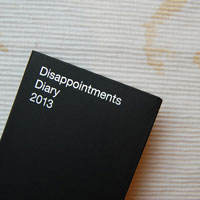 Some underwhelming news from 26er Nick Asbury. He has recently produced Disappointments Diary 2013, an appointments diary with a series of disappointing twists. Designed by Hat-trick Design, it is available now from http://disappointmentsdiary.com

Follow Nathalie Hourihan’s progress as she screeches to the finish line of her year-long experiment to change her relationship with money over at http://countingzeros.wordpress.com/ 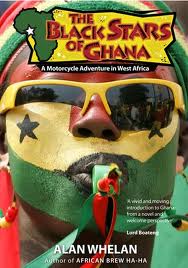 Following 2010’s African Brew Ha-Ha, I took to the African road on a motorcycle once more. Destination: Ghana. The result? The Black Stars of Ghana. Encounters with witches, fetish priests and custodians of the slave trade make for a thrilling follow-up to my first epic journey. 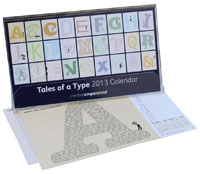 What would the world’s great typefaces say if free to relate their stories? Hester Thomas and colleagues at communications consultancy, Creative Ampersand have provided the answer. Their thirteen-month, desk-top calendar features twenty-six Tales of a Type – one for each fortnight from December 2012 to mid-January 2013.

The Tales of a Type tell the stories of fonts from American Typewriter to Zapf Dingbats – plus an extra account from a (creative) ampersand. For more information or a sample calendar (while stocks last) please email info@creativeampersand.co.uk