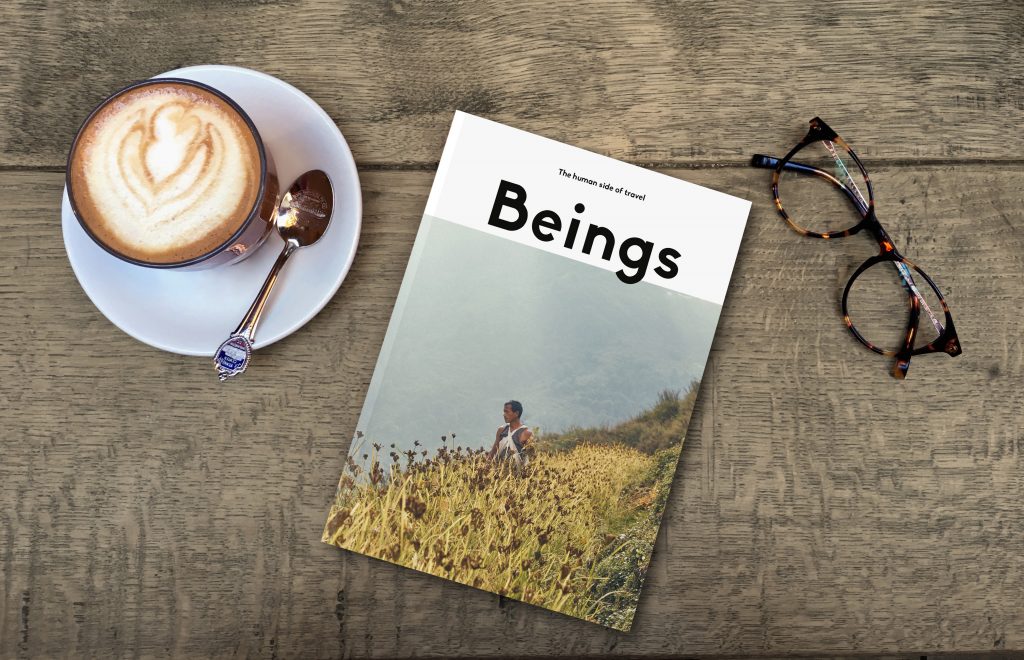 A non-exhaustive, definitely non-expert account of what I’ve learned so far.
By Sophie Gordon

It all started with a message from my friend Gavin. Having taken a year-long sabbatical, he’d been travelling for a few months and blogging about his experiences everywhere he went. A common theme started to emerge from these blog posts: the people who had enriched his time in each place. And so, after mulling it over on various long train journeys and bumpy bus rides, Gavin asked me:

“I’m thinking about putting together a print magazine/journal with short stories, essays and illustrations. Interested in getting involved?”

Fast forward a year, and what started as a germ of an idea is now a physical magazine celebrating the human side of travel. In many ways it still feels like the beginning for Beings, but it also feels like a good time to look back over how we got here.

What went right? What could have gone better? Maybe there are some pearls of wisdom to glean from this. At the very least, it might be an entertaining read.

Early on in the process, Gavin drafted a one-pager that summed up the idea at the heart of Beings, the inspiration behind it, and how it should make people feel. Together, we refined it, we redrafted it, and then? We stuck with it. Not only was this useful for getting writers, illustrators and photographers onboard, it was also a yardstick to measure all our decisions against. So even when it came to typographic choices and considering what size to make the magazine, we could go back to why we were making it in the first place and base our decision on that.

Beings is available to buy online and in an increasing number of lovely shops including magCulture and Ideas on Paper. See what we’re up to @beings_mag