How to love your co-authors 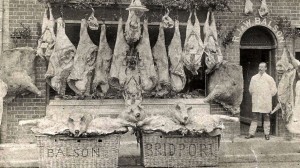 Claire Bodanis is one of 12 authors of new book Established, to be published by Unbound once it’s raised the necessary funds

Whenever I tell people about our collective book project, one of the first things they ask is – how does it work? Who decides? Don’t you all end up arguing? What if you don’t like their chapter? Or they don’t like yours? Or questions along those lines. Basically they’re all asking the same question, which is about the perceived impossibility of getting 12 people to agree about something as personal as their own writing.

And, since people seem to like lists quite a lot, I thought I’d give you a list.

To pledge for a copy of Established and help this Dark Angels book become a reality visit Unbound.