Wally Olins wanders into the packed room. The hubbub settles to a hush. Branding’s one-man superbrand is here, wearing his trademark spectacles and bow tie. We are assembled to hear his thoughts on design, brand and business. I particularly want his perspective on some pressing issues. Does the effect of social media on brands represent a passing fad or a fundamental shift? Is it smart or stupid to crowdsource decisions about creative work? Why do so many corporates need a brand agency to tell them who they are and what makes them different?

We have an hour together. The first round of questions from the audience keeps us anchored to pragmatic agency matters (optimum size, new business, culture clashes between designers and strategists). Olins seems happy to oblige. But it feels as if his formidable intellectual engine may be idling. “I’ve heard what I have to say 150 times,” he says. But then a comment from the audience takes us towards the more fertile terrain of brand in business, specifically the issues companies face when they make a substantial change. His eyes narrow. The timbre of his voice sharpens. “Changing your name is the most high profile and most contentious issue of all,” says Olins. “It involves a huge amount of dissension, of passionate discussion – for about two weeks externally, and for about three months internally. And then it’s finished. Nobody liked the name Diageo. It was universally attacked. After three months nobody cared.”

We move to the central point of the session; that brand communications count for nothing unless they are the authentic expression of the product and the company. Ultimately, differentiation springs from what an organisation or product does, not what it says it does. “Brand is not a communication issue,” says Olins, “it is an issue of communication plus behaviour plus product… The reason why I think so much advertising is disingenuous and deceitful is because, as a piece of communication, it does not relate to behaviour.”

He turns his ire on a bank whose current ads insistently tell us how friendly and helpful they are: “Do they have a training programme which actually inculcates what it is they claim in that advertising? And if they do have such a training programme, why can’t the advertising and communication reflect that?” 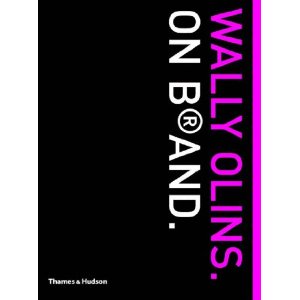 Olins says his approach involves looking at the fundamentals of the client organisation and asking tough questions about what it does, how it does it and where it’s going. Quite right – the brand must emanate from the heart of the organisation – but this also reminds me how reliant businesses have become on consultants. Shouldn’t it be the job of management to spot and address disconnections between external appearance and operational reality; between brand projection and brand reality; between long-term aspirations and day-to-day performance? “You have to remember that business is paradoxical, business is contradictory, business is ambivalent,” says Olins. “On the one hand we, the company, want to buy the highest possible quality fruit; on the other hand our purchasing department says ‘we have a budget for buying fruit of X, so you can’t go over that and don’t give me all this CSR, fair trade stuff’.”

This dependence on the consultant for both a perspective across the organisation and a clear view forward says much about what is lacking within many large organisations. Corporate cultures often breed managers who are good at running what is, but poor at creating what the company needs to be next. I suppose that’s the difference between management and leadership. Brand consultants are sometimes used to provide the collective vision lacking from the wider management team – a job that goes way beyond visual communication.

I can see that it’s helpful for a chief executive to have an independent and experienced mind to call upon. The effective consultant stands in the middle ground between the company and the wider world. Neither insider nor outsider, they can speak commercial truth to corporate power. I recognise their value. But I also understand why employees and business owners sometimes think of consultancy as influence without responsibility. Which reminds me of an aphorism about bacon and eggs quoted by Alan Fletcher in The Art of Looking Sideways: ‘The chicken is involved, but the pig is committed’.

And so our attention turns to crowdsourcing and the debacle of The Gap identity redesign. For those who missed this episode, a new logo was promptly abandoned following – in the words of the company – ‘an outpouring of comments from customers and the online community in support of the iconic blue box logo’. Yes, the creation of a brand is a constant dialectic between the company and the outside world. But Olins is right when he says it’s the job of the brand owner to inspire the audience, not the other way around. He emphasises the need for companies to have confidence in their decisions: “Margaret Thatcher didn’t like the BA tailfins so she bashed her handbag all over them. And those wimps gave in. If you really believe in something then you do it.”

For me, the crowdsourcing of new creative work, before or after launch, isn’t a progressive form of responsiveness, it’s conservative risk management. I agree with Olins when he says: “You can’t rely on the users of the brand to tell you what to do. I’m not suggesting that you don’t listen to them, but I’m suggesting that, in the end, you have to take a decision. I wouldn’t say all focus groups are a waste of time, for example, but if you’re trying to produce something new and exciting in a world that is static, you won’t get much help from a focus group. Orange didn’t get far in focus groups, but we still went ahead.”

Whenever I see a company putting its trust in ‘the crowd’ I wonder why they lack confidence in their own judgement. And why they doubt the expertise of their agency. I read an over-reliance on crowdsourcing as a possible symptom of a malaise within the culture of the organisation. What’s happened to leadership in that business?

The hour is up. Our speaker has been generous with his advice, open with his opinions and eloquent on the potential value of branding. I had expected a little more on social media, given the profound changes we’re seeing in how brands relate to people and people relate to brands. Then again, there was a lovely social media moment. Just as some controversial words on an ex-client were about to fly from his lips, Olins paused and asked the organisers whether the session was ‘on the record’. Yes, it was being filmed. He pondered, then continued, tempering his vocabulary. And that was probably wise because, along with the official cameras, there were plenty of cameraphones, dictaphones and people tapping at connected laptops in the room too. Increasingly, shared space is media space. What a person or brand says quietly to a small group may fly around the world of communications faster than you can say ‘crisis PR’. We are told we live in an ‘always on’ world, and that’s yet another reason why business communications and behaviour need always to be on brand.