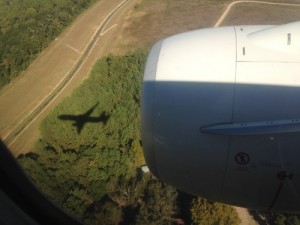 Skyfaring, A Journey with a Pilot, author, BA pilot and avid photographer takes readers into the cockpit and opens their eyes to how special this world really is. He shows how commercial flying is far more than just racing from point A to B. Whether it’s forest fires “over the crumpled mountain-scapes of the American West” or the “sheet-white, frozen solid or a liquid neon blue”, icebergs in Greenland, his book is packed with observations from a man born to fly. 26’s associate editor Elena Bowes asks Mark Vanhoenacker a few questions, which he answers in between flights and “over brunch in Sao Paolo”… 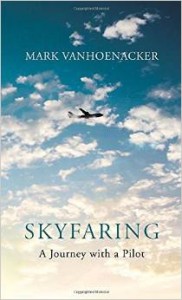 Why did you want to write the book?

When I was a kid I used to visit the cockpit whenever I could. Those visits aren’t possible in flight anymore, but hopefully Skyfaring offers an insight into the extraordinary world that passengers and crews share for a few hours.

As a pilot, what is you favourite journey? Why?

My favourite journey is between London and Cape Town. It somehow makes the scale of longhaul flying extraordinary and clear, even though it’s by no means our longest flight. We move from one hemisphere to another; from one season to another. We cross Africa from end to end.

The fact that it’s an overnight flight also helps make the journey more dramatic. The sun sets while we have dinner over the Mediterranean. A long night, and then the sun comes up and we see for ourselves that we’ve crossed over nearly all of Africa, we are over the dunes of Namibia, with the Skeleton Coast to our right and the Kalahari to our left. We have breakfast and then we land. What more could we ask of aeroplanes?

And I’ve always been drawn to the nautical heritage of aviation—that’s a big theme of Skyfaring. To fly to Cape Town, a city built for the far-sailing vessels of a former age, is a lovely echo to those of us who talk of rudders, decks, and port and starboard in the sky.

As an author, what kind of books do you like to read? And were there any particular books that inspired you to write?

I’ve long been attracted to the great aviation writers—particularly Beryl Markham and Antoine de Saint-Exupéry (when I flew on shorthaul flights I always felt a certain lightness in my step when walking into the airport in Lyon, which is named for Saint-Exupéry). I love Karen Blixen’s Out of Africa, too. Flying is only a small part of that book but it’s clear she fell head over heels for this new way of seeing and moving over the world.

The non-aviation books I like tend to be extraordinary non-fiction tales. I just read In the Kingdom of Ice by Hampton Sides, about an ill-fated journey to the far north. I’m working through Jerry Brotton’s monumental 12 Maps that Changed the World now. I had to stop highlighted favourite passages in it, when it became clear I’d end up highlighting most of the book.

In terms of fiction, my tastes are contemporary. I have an on-going love affair with Japan—indeed, Skyfaring is structured around a Heathrow to Narita flight—and so I’d read anything by David Mitchell or Haruki Murakami.

Do you see any connection between the two professions?

I think flying and writing use different parts of the brain. But many pilots and cabin crew have a real attachment to the beauty of flying, and to an extent I was trying to articulate that in Skyfaring, I’d say that flying, and writing about flying, felt like two sides of the same coin. And the outline of every flight—from take-off to landing—seemed, roughly, to be the right way to structure the book as well.

Many of my colleagues share an interest in writing, Paul Jarvis wrote British Airways: An Illustrated History, nervous fliers will appreciate Flying with Confidence by Patricia Furness-Smith and Captain Steve Allright. And Captain Rob Stevens has written a number of great books for children. His first work, The Mapmaker’s Monsters: Beware the Buffalogre! was shortlisted for Waterstone’s Children’s Book Prize in 2009. Another British Airways pilot Captain Rob Johnson, has just published a series of children’s books about flying: Pilot Ollie & Pilot Polly’s Amazing Adventures.

What is your writing process?

After most flights I would spend half an hour or so on the bus to the hotel, or in the hotel, making notes about the flight I’d just done. I’d try to think about the aspects of the flight I would tell friends about if they’d been able to come to the cockpit. Later, I sorted these random notes into what came to be the chapters. The book doesn’t have a strict narrative, except in the general outline of take-off to landing, and in my own professional journey. I don’t know if that made it easier or harder to write.

Was there a place you have visited on your many travels that was nothing like you suspected?

I’ve often been surprised by how actual weather confronts our stereotypes of what we imagine to be the typical weather of a city. The first time I flew to Delhi, it was January and it was far colder than London! Some of the loveliest summer days I’ve ever known have been in Scandinavia, where the occasional hot days fade into a warm twilight that goes on and on and on. Only twice have I been on a flight when we decided to land at an airport other than our intended destination. Once was on a flight to Istanbul, where a blizzard was raging—not what I would have expected to find there before I became a pilot.

What is your favourite city and why?

I’m afraid my tastes in cities aren’t that original. I like cities where mountains meet the ocean—where breath-taking natural landscapes, shining blue waters and glittering skyscrapers somehow all come together. So it’s the usual five contestants: Hong Kong, Vancouver, Cape Town, Rio de Janeiro, Los Angeles…If I had to choose between those, since I like skiing, I’ll pick Vancouver. But ask me next week and I’ll probably pick another.

What is a great little place you know?

I’m a big fan of bookstore cafes. They’re a failsafe way to find good food, books, conversation and local cultural events in a new city. In Hong Kong, take the ferry to Lamma Island and head to Bookworm.

Who is the most interesting person you’ve met on your travels?

The flight I remember best is the one on which I carried Neil Armstrong. I didn’t know this at the time, but Armstrong took pieces of the Wright Brothers’ aircraft with him to the moon. Think of that, the relics of cloth and wood, of our first flight, that he took there for us.

My flight with him was a brief journey, from Munich to Heathrow, and I didn’t want to disturb him by saying hello before take-off. But after we landed in London, I stood in the cockpit door and said goodbye to him along with the other passengers. It was only a short flight, but I expect I’ll always remember it as one of the honours and highlights of my career. 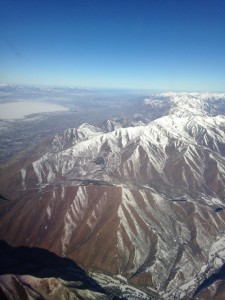