Our favourite books of 2014

Poetry collections, Man Booker shortlisters, two votes for We are all completely Beside Ourselves and a novel that will have you speaking ‘a kind of Danish Dutch’. 26ers bring you their most enjoyable reads of the year.

We are all Completely Beside Ourselves

Karen Joy Fowler’s novel about sibling love and rivalry was shortlisted for the Man Booker Prize 2014. I won’t say too much about it for fear of ruining the brilliant twist. But Fowler’s quirky humour and narrative technique kept me gripped. 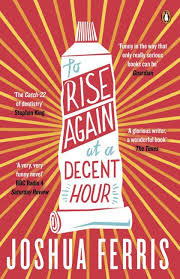 To Rise Again at a Decent Hour

Another from the Man Booker shortlist. Joshua Ferris’ novel about a disillusioned dentist from New York had me LOLing from start to finish. I thought it was a brilliant piece of writing. Funny and touching at the same time. And it changed the way I think about flossing. 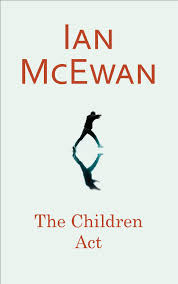 Favourite books this year: Tale for the Time Being – Ruth Ozeki and The Children Act, Ian McKewen. 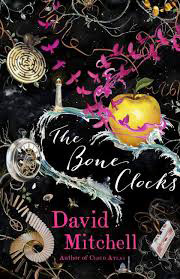 We are all completely beside ourselves – Karen Joy Fowler

Very different, but both enjoyable and intriguing stories told from a remarkable perspective. Just my tuppence ha’penny. I’m still trying to get through The Goldfinch…

The My Struggle series by Karl Ove Knausgaard (‘A Death in the Family’, ‘A Man in Love’, ‘Boyhood Island’)

It doesn’t sound promising. Thirty pages or so on cleaning your dead father’s house. The same on a trip to a shoddy theme park with three small children. But once you stop anticipating the usual dramatic peaks, Knausgaard subtly draws you in. He investigates the clash between his desire to write and his family’s demands, his impulse to move from fiction to non-fiction, and the problems of being a plain-speaking Norwegian in politically correct Stockholm. As the everyday life of a stubborn, isolationist author, it’s fascinating.

If you have ever been attracted to pushing the boundaries in life, whether it’s to risk life and limb, or it’s to put yourself out there for your convictions, Tim Winton’s Breath should be on your list of books to read. I love it for Winton’s command of very figurative language to describe the poetry of both surfing and solitude. 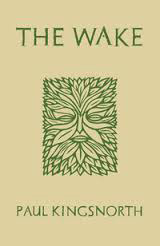 Can you remember what it was like when you learned to read? You read out loud. One – word – at – a – time. And having heard the words with your outside ears your inner ear made sentences and sense of them. And your inner eye filled in the spaces between the words with imaginative visions.

This week, I experienced this remarkable feeling again, a conscious experience of learning to read (and hear) a very old language, the eald anglisc of a man who refused to be conquered by ‘the frenc bastard geeyome’.

The conquered are always silenced. It is the winners who live to tell the tales. But Paul Kingsnorth, in The Wake, has chosen to tell the tale of the Norman invasion and conquest of England through the strange, ‘shadow’ voice of Buccmaster of Holland (old Lincolnshire) and his band of ‘grene men’, English guerrilla fighters. Set in the fenns and holts, of East Anglia, Buccmaster hankers after the eald ways, the wild ways of the great nature gods.

Buccmaster is an anti-hero. He is not always sympathetic or likeable. Many of his ways and attitudes are not ours. He is proud and paranoid, with reason, and so he resists an inevitable future. But it is his voice and his strange language that makes the past comes to life. Kingsnorth has invented a ‘shadow’ tongue for Buccmaster. It is a version of Old English, updated so as to be understandable for the modern reader. Buccmaster’s words are wyrd words, strange, poetic words that invoke, provoke and evoke the desolation of a genocide that took place, not in some far off country, but in the very villages and towns we live in today.

It was a struggle to read this book. It is a book that must be read aloud. (Yes, I was by myself.) I had to learn the language. The unfamiliar spelling, the syntax and the lack of punctuation makes for slow progress at first but soon I recognised repeated words and phrases. They became familiar and my reading became more fluent and my accent more, well, a kind of Danish Dutch. But the effect of hearing the words, working out their pace and rhythm, finding a speech pattern, accents and all, was to find a place and time that was uncannily revealed to me.

The Wake is a page-turner, it is a violent adventure story after all, but it is a slow, slow page-turner. I started to piece together a past, oral culture. I recognised the origins of our modern words and of our modern blended culture. As I put each word together to create sentences containing a single idea, I made sense of the tale that was being told, piece by piece, idea by idea. I began to understand the meaning of what was lost and is not lost.

The Wake is published by Unbound, the crowd-funded publisher. Conventional, commercial publishers would not, could not, take the risk of publishing such an unconventional book. Congratulations Unbound. As an archaeologist who lived and worked in the fens, I am very happy to nominate The Wake as my Book of The Year for members of 26.