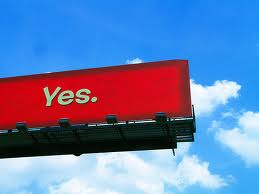 In the next of our series from 26’s collaboration with Designer Breakfasts, Fiona Thompson listens to a debate among designers on rejecting and accepting work. Money, chemistry and your internal hypocrisy meter – how do you respond to the offer of new projects?

Three ways to react to a phone call. 1. You feel your heartbeat speed up and you’re babbling “I want to do this project very badly indeed” before the person’s even finished their second sentence. 2. A slow creep of grey gloom descends further with every detail you hear before you admit: “I’m sorry. This really isn’t for me.” 3. Vacillation. Why can you never remember that magic phrase when you need it? The words you’re searching for are: “I’ll have to think about that. Can I get back to you?”

Before the ‘Saying yes, saying no’ Designer Breakfast debate, I had a vague idea of why I accepted or rejected work, but had never given it a great deal of thought. A fascinating debate that took in money, chemistry and the concept of a ‘hypocrisy meter’ encouraged me to delve deeper and analyse my responses more closely.

Saying yes to everything

When I first started out as a freelance writer more than ten years ago, I said yes to every bit of work I was offered, whether the client was The Grove hotel (the footballers’ favourite), Microsoft or a minicab driver who asked me nicely. I had no strategy, no direction, just an inability to say no. It gradually dawned on me that I needed to develop some kind of filter, particularly when the minicab driver took five months to pay.

But even now, some of that old attitude lingers. And in fact, it can seem logical to say yes to everything. So often, projects are delayed or urgent work pops up to fill in the gaps. Sometimes saying yes might mean drinking quarts of espresso and working all hours to finish the job. But that’s what being freelance (and semi-nocturnal) is all about.

Now I say yes to work if I have that heart-in-mouth feeling that shouts “I want to do this work!” I immediately say yes if a project excites me, if it involves travelling to Scotland or Cornwall, if it sounds like fun, if it’s something I instinctively desperately want to do. And I often say yes because I’m thirsty for a challenge, to test my creative muscle, or to see if I can meet a challenging brief. Pulling together a last-minute brochure for Save the Children, liaising with countless Deloitte consultants and clients to write a series of case studies, writing a book in six weeks.

So much of saying yes comes down to chemistry, both for clients and writers. As Cheryl Giovannoni, President, Global KCRs at Landor Associates, said at the debate: “Passionate people and good chemistry win work. It’s about having people in the room that the client falls in love with.”

Emotions definitely come into my decisions about which work to take on, too. If I’ve developed a great relationship with a client over time, if a friend or existing client has recommended me, or if it will mean working with a brilliant designer or team, I’m much more likely to say yes.

Money is a great reason both for rejecting and accepting work. We all have to make a living and deserve to be paid fairly for the work we do. But money is only ever part of the equation. Cheryl Giovannoni commented: “You should never do work you don’t believe in. Human beings need to feel good about what they do, not simply sign up for something that’s going to make you money. It ends up feeling rotten for everybody – it’s really nasty.”

I’ve also learned that initial discussions about money are a great indicator of the character of a client. I now turn down work if a potential client immediately starts chiselling away at the price for apparently arbitrary reasons. I’m open to negotiation – isn’t everyone? – but am wary of anyone who talks about knocking down the price two minutes into our first conversation.

On the other hand, some of the most rewarding work pays nothing. I volunteer for a charity, Freedom from Torture, and it’s hugely satisfying to write an appeal for them that raises thousands of pounds for torture survivors.

My work for 26 Characters is also unpaid, yet I’m always fired up about these projects, as they allow a creative latitude that commercial work doesn’t always permit. So far, I’ve written about a gilded rococo doorcase in the V&A, exchanged surreal thoughts with a Brazilian author / literary critic about mermaids, and written a poster about Cornish crabs and barnacles.

Four reasons to say no

So how about people’s reasons for saying no? At the talk, Tim Beard of Bibliothèque gave his four main reasons:

1. The project is wrong for the company and wouldn’t be creatively fulfilling.

2. The economics don’t stack up – it would cost more to do than you can charge the client.

3. The personal relationship, or fit, is wrong. If the relationship isn’t based on trust and respect, the project just won’t move forward.

4. The project could potentially conflict with existing client relationships.

My reasons for saying no include the following.

It’s illegal, it’s immoral or it makes you fat

Ethical values are another powerful reason for accepting or turning down work. Sophie Thomas is a founding director of Thomas Matthews, a company that champions ‘appropriate, sustainable and beautiful design’. During the debate, she said: “As a designer and communicator, I’m selling an idea or a choice. And I take responsibility for that position of power and influence.” Her company works with large corporations such as Unilever and Shell, and turns down business if it involves an element of greenwash.

Where do you draw the line?

Tim Beard said that organisations exist on a moral sliding scale, with charities occupying the moral high ground, along with smaller independent companies with worthy principles. The scale then generally descends through global retail brands, fast food companies and cigarette manufacturers, down to arms traders and despotic regimes at the other end. However, all these groups have their own heroes and villains.

As for my own internal hypocrisy meter, I think it’s getting more sensitive all the time. There’s that little inner worm of disdain that twists and turns in your gut when you instinctively know that something’s not right.

Equally, it’s hugely energising to recognise the kind of projects that really give you a buzz and a sense of pride.

In the end, it’s about finding a balance between your passion and enthusiasm for a project, your chemistry with the people involved, the budget and the ethical dimension. And isn’t it funny how your gut instinct can so often weigh up all these factors and instantly give you an answer?