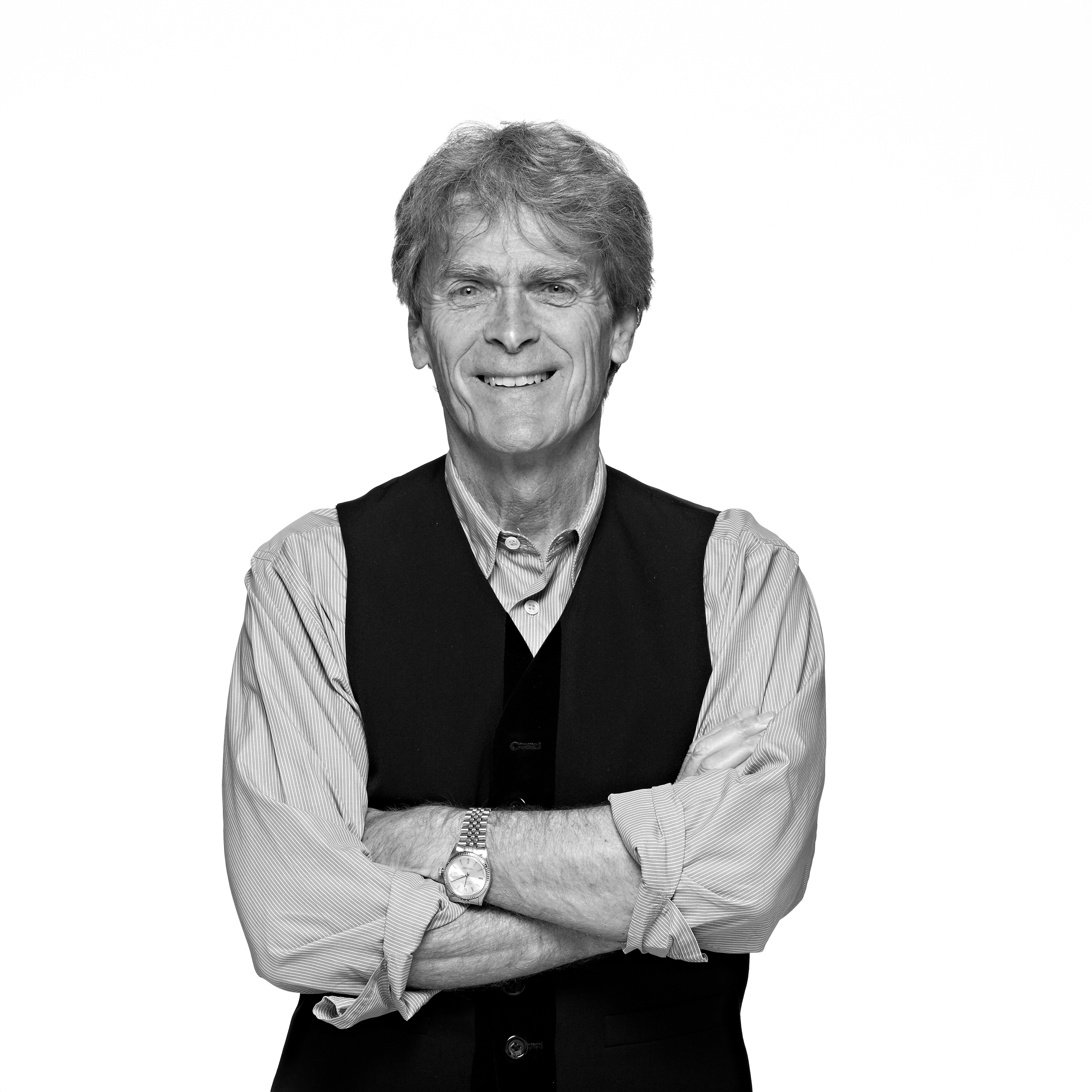 In the second of our series from 26’s project with Designer Breakfasts, Sue Evans interviews Sir John Hegarty, the chairman of BBH and entrepreneur and Design Council member, Bonnie Dean about the importance of telling the truth

Every month, we’ll be featuring the response from one of the 10 members of 26 who attended a Designer Breakfast.

Sue Evans: Bonnie, the theme for telling the truth came from you speaking at a Designer Breakfast in 2010. Remind us what you said and why you said it?

BD: When I graduated from university I worked for a company that made diesel engines. They were an enlightened company and brought in a designer for the first time and that’s where I learnt about the power of product design in a business. But the real moment of discovering that designers tell you the truth was much later at another diesel engine business (not so enlightened) when we had a product line that had been very profitable and was just failing. So I went to find a designer to help us. The one we hired came to his interview and said, “This is the dullest product anybody has ever asked me to consider.” He said, “I’ve gone to construction sites, I’ve sat with it, I’ve looked at it, I’ve talked to people about it. I just can’t get my mind around this. It’s so dull.” We sat and looked at him just jaw-dropped. Dull? How could this be dull? And it was. I’ve never forgotten that moment. I’ve always tried, when we’ve needed to do something in the business, particularly when it’s things that have gone wrong or that we’re fixing, to bring somebody in with a creative or design background, as they will get to the nub of the problem. Whereas if you do it yourselves as a team, you end up with group think, careers on the rise, careers on the wane, and just too many dynamics for people to say, but it’s this.

JH: I always talk about truth as the most powerful strategic position a brand can take. You can look at the history of advertising and virtually all the successful campaigns were about finding some way of getting to the truth. The task is to make the truth interesting, which isn’t as hard as it may sound. But at least you are starting from a strategic base that has a value to it. When businesses develop and grow what happens is the truth gets covered, or the fundamentals of the business get covered by experience and time, and it’s like a sort of dust that settles across it. Then you suddenly find it’s not successful anymore. My task when I’m looking at brands that are in trouble is to go back to the heart of what made them successful to start with. I don’t think any business can succeed that doesn’t in some sense have truth as its foundation. The history of advertising is littered with examples. The most famous is Volkswagen when in 1960 Bill Bernbach was given the task of advertising the Beetle. The truth of this car is that it’s noisy, it’s got all kinds of failings but actually the one thing it has got is that it’s reliable. Out of that with wit, humour and charm Doyle Dane Bernbach built the most amazing brand that has sustained Volkswagen until this day.

In my view truth is the only strategy. People outside our industry say surely advertising’s task is to not tell the truth but to disguise the truth? When you see a lot of advertising you see exactly that, and that’s why we have to have regulations. We don’t have a sign over the door saying ‘the truth well told’, we talk about ‘zagging’ as our position. Underneath that we fundamentally believe if you tell the truth, it will make something more interesting. If you look at our successes from Levis to Audi to Phileas Fogg and all those brands we work on, we try to find ways of getting to the truth. There is a phrase in our industry: ‘What’s the truth of the brand?’ We actually use that and you’re trying to touch it.

What about collaborations between writers and designers, art directors or others of a visual persuasion?

JH: The great liberating moment in our industry again goes back to Mr Bernbach who decided he was going to put the art director and the writer together. You had visualisers as they were called and copywriters on different floors. The copywriter would write some words and they would be passed to the visualiser department and they would visualise it and that was it. His brilliance was putting these two people together not just because two heads are better than one, which they are. (It doesn’t work with three but works with two for some bizarre reason.) He also put together two different kinds of brain, the visual brain alongside the narrative brain. That creates a sort of clash. The art director wants to take words out, and the writer’s putting them in, and that moulds a communication, like a lyricist and musician working together, the same principles.

BD: It’s the same in manufacturing, engineers and production. It’s always thrown over the wall. The engineers designed it and threw it over the wall, whatever happened to it after that was…who knows?

Amanda Tatham: What’s interesting is it doesn’t matter where the idea comes from, because the idea can come from the writer or the designer. In design I’ve always worked with writers which is why I wanted to talk to designers about how important the writing side is. We are an industry that doesn’t work well with words necessarily.

JH: Working in advertising we’re essentially an ideas company. You walk round these offices and the phrase you will hear more than anything else: ‘So, what’s the idea?’ That’s why funnily enough the truth is fundamentally important as an idea can’t be untruthful, it has to tell the truth otherwise it gets found out. I can design something that obscures the truth, put wrapping around it and make it look good, but when you’re talking about the idea unless it’s telling the truth, it will collapse.

AT: Richard Seymour said if you don’t tell the truth you get found out.

JH: The truth is also unbelievably simple. People obfuscate and getting to that simplicity can be difficult. It’s the power of reduction, paring it down. Then I always say the only space I’m interested in (in terms of media) is the space between somebody’s ears. In the end what I want is for the idea to go in as fast as it possibly can and open out in there. So getting it down, simplifying it, is very important.