D&AD Archive Dive: H is for How the world has changed

It took me a while to choose something to write about, to be honest. We’ve already covered Honda in the Archive Dive. I think the Hoxton Street Monster Supplies is amazing, and beautifully executed — but it’s very recent and I know several of its precedents in the US, so I’m not sure I’d have the right critical filter to write well about it.

When you search the D&AD archive for winning entries, agencies and clients beginning with H you’ll find dozens more pages of awarded, insightful, beautifully executed work. It all deserves its place. But, outside their media or historical context, I found only a few pieces that truly pushed my buttons.

So when I found it, it was obvious.

The Guardian’s How The World Changed, a special looking at how 100 people’s lives had changed in the first year after 11 September 2001. 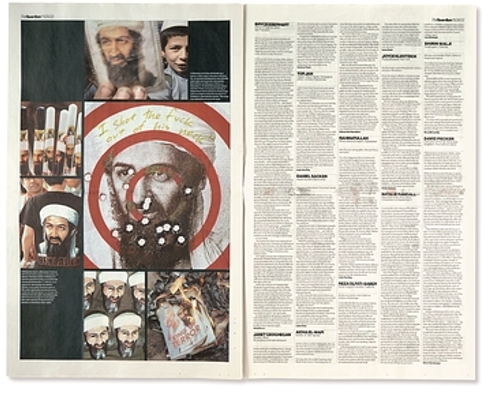 Behind the D&AD archive lay hundreds of thousands of work hours spent generating those ideas and fine-tuning them in order to make us feel happy, sad or inspired. Rightly so.

But, for a very few creatives, every so often an event or a situation comes along which transcends all those other briefs. Which demands even more rigour. Which demands something so different, and not merely for the sake of competitive advantage. If one of those briefs lands in your lap, you don’t want to drop the ball.

That’s so much pressure. But I think this delivers in spades.

The cover feels like those awful front pages from the year before. But the blackness, the blackness. It’s so striking, yet somehow so appropriate to fill so much with solid black. Because how do you make sense of it, really? Is it ever possible to do justice to a story like this? 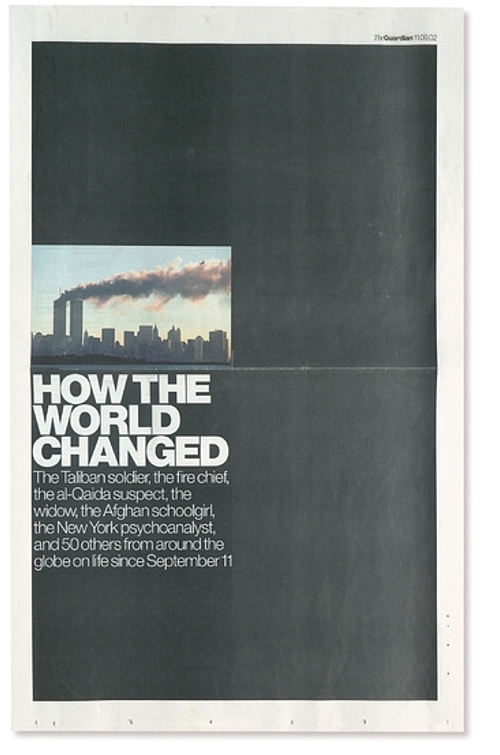 The black carries through, framing all that photography inside, bringing those disparate parts together. Organising such a wealth of content — representing different identities, opposing views, multi-layered stories — and still finding a way to say something through design…I’m in awe of that part.

But I keep coming back to the cover. A clever choice of shot, some nice type and this great big void. So devastatingly simple, so obvious in a way. I’ll never know, of course, how instinctive a solution this was. But I like to think there was a feeling of inevitability as it was being composed.

As if this were the only response possible.