Archive Dive: A is for Apple

The 26/D&AD Archive Dive is a series of articles by 26 members celebrating the best work from the D&AD awards archives. 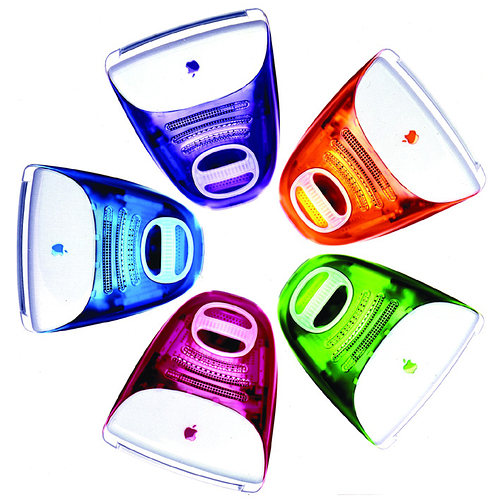 A is for Apple, by Dan Germain

A thought crossed my mind recently. Did Lego ever win a D&AD Award? For the actual Lego bricks? I imagine that it’s too old to have won in its early days, but I still hold Lego to be my favourite piece of design ever. Most great designers probably honed their skills using a pile of plastic bricks, before they moved on to greater things.

Anyway, this piece is about the letter A. I didn’t get L. I trawled through the D&AD archives looking at all of the As. Lots of work by AMV, Academy, Albion and all those other As. It took me ages to get through every bit of work, which in the name of fairness, I did. But unfortunately for the rest, there’s only one game in town when it comes to D&AD and the letter A.

Apple is the A. I read a quip by someone that it might even be better if the D&AD Awards were renamed the AAAAs (Annual Apple Appreciation Awards). If you speak to the man on the Clapham omnibus (he’s still out there) and you ask him about design, or ask him to name a well designed product, the chances are that he will mention Apple. He might mention Steve (no surname). He might even talk about Jony Ive, the British boy wot done good.

And yet it all so nearly didn’t happen. The history of Apple is a great one, but one that only accidentally got them to where they are now. The two Steves started it in the 70s, but by the 80s both had left or been given the boot. It was only because of some colossal corporate mismanagement that The Steve got a second chance in the 90s, rose again, and breathed life back into the half dead mess of beige boxes that the ‘safe hands’ had turned Apple into. He found Jonathan Ive hiding in a pile of discarded Newton PDAs in the basement, decided that this Englishman might be just the ticket and asked him to design some colourful computers.

After that, we get iEverythings and the world becomes theirs. Every business wants to be like them in some way or another. Every CEO wants to innovate like Steve, and uses Apple as an example of “what we need to do”, whilst plainly not having the balls to do it. Every designer uses their kit to design other things. Everyone wonders what it must be like in their strange white world of inventing through intuition via the occasional Jobsian eruption. They’re a company that fascinates like no other.

And I don’t really need to tell you any of this. You undoubtedly have your own view on Apple as a business and as a design machine. You probably love to hate loving them. Fed up to the back teeth of them you are. So just calm down and get the Lego out. Never fails to help you relax.