A Time And A Place 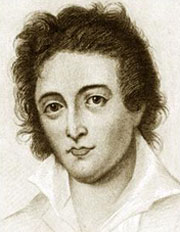 Common Ground’ is a book in which writers write about other writers they admire, the places with which they are associated and times in which they lived.

“The chairman of the Parish Council is also the keeper of the lock on the river. He was not top of the class at school, but he was always reliable. All those who are now the stubbled men and the troubled women in the village were schoolchildren once; happy, or unhappy, they played or hid in the church yard. An old man is a hundred years old and sits on the stone among the graves “I know nothing,” he says. “In nine hundred years time, I shall know much less. I am certain. I used to know things”.”

Between Lechlade and Faringdon the Thames idles nowhere “Where shall I go?” it seems to say. In the sun buttered meadow by the river a wife asks a young man, who is not her husband, to make love to her. He is frightened because he thinks they will be seen. There is a reputation to be kept. “Reputation for what?” she scorns him. When he was at school he was anxious but clever.

There is neither sweeter air nor are there more profound or comforting hues or tints of colour than lie in the old hedges and kindly fields at Buscot. At Kelmscott the great river dozes through its early miles without haste, meaning or purpose. Faringdon is the finest place on a hot do-nothing, lie-about day and the villages and farms around it are a country child’s academy. These lanes and glades barely stir as the world turns and ages.

The poet Shelley had something to say here: it must be some lie; he was a faithless hedon and a flop-down, no-good, stop-out, hair-flying, womanising, gadfly. He was an Etonian taking drugs and consuming Eastern substances, contributing nothing to his country, expelled for his atheism; a shame of his family and his educators. Unread, unwashed and unworthy; so what did he say, can these lanes remember?

In the church of St Lawrence by the river at Lechlade, Queen Katherine of Aragon, twenty years wife and mother, rehearsed the venomous words she would use to destroy her wretched (but deeply loved) husband, King Henry. Here she stayed on the way to see Campeggio, the legate of the Pope who was to hear the Divorce proceeding; here she stayed in this church, by the river, on the slope of the heat drenched field on a summer’s evening where the rabbits run, magpies love and the river trout leap. On that same night of family torture, the first ever eve of Royal Divorce, she gave instructions for the completion of the church spire, with stone from Clipsham by Burford, where the quarry still offers great strong and workable sandstone to Oxford and its colleges. With her daughter she stayed here: a child, poor little Mary, who was destroyed by the separation of her mother and father and did as much damage as any child victim of selfish parents could do. She became eventually bitter and Bloody Queen Mary.

So what did Shelley say? Why did his useless lazy mother call him Bysshe? And Percy, for goodness sake? No wonder he had no life save as a reprobate and plant-taking dissolute. How could he have written anything that would aid mankind on its journey through the Milky Way, past the silver inconstant faithless moon which only transmits darkness? Besides, mostly he wrote in Italy and on his boat, which he did not know how to handle so it upped and drowned him in vengeance.

The water board divers are in the water at Buscot lock; they have diving suits with windpipes and helmets and masks out of which they look at the rotten lock gates on the bed of the river. Once there was a murder at Buscot and the graveyard of little Buscot church tells the tale, and that was when Shelley was here. He came alone one evening when the whole University of Oxford had risen in disgust against him and dismissed him for ever. He wandered, only nineteen and defeated, along this very path by the Thames from Kelmscott where William Morris (later) made his designs of green from the dappled light of the trees and the fern and moss on the river bank and marjoram of the field. Shelley came along here, like Niobe, all tears, dismissed and disgraced. He had said “There Is No God”: (and if ever there was a God, he certainly made this path and this sunset, here in these meadows you can believe it) and then came by the river to Lechlade in his unforgiving, weighing-down sadness, where, when he arrived in the churchyard he sat among the stone tombs and, at the Inn which still takes travellers, he wrote.

Already he had a child and still had not married the mother who was only sixteen; because of him she killed herself. And he had another woman who he did marry, Mary, whose imagination was that of her mother Mary Wollstonecraft, narrator of the French Revolution. Mary Shelley begat Frankenstein. Percy Shelley had no income nor needed one. What could he tell the people of Lechlade that would be of use to them? What honourable thing could he, a remorseless, shameless and wild and juvenile, over privileged, aristocrat, say to grown up children of a country village? What can Etonians say to other English people? What can they possibly have seen that could benefit others? Drunken callous louts of incompetent uncaring parents, what have they to offer, save to seek subservience of the kind that made the British Empire at exactly that time? When Beethoven wrote his cello sonatas and Turner painted the sea, at exactly this time:

Shelley saw how, as the sun faded among the trees just as we would see it now: “pallid evening twines its beaming hair in duskier braids around the languid eyes of day: silence and twilight, unbeloved of men, creep hand in hand”

And then from on the stone sepulchres where the girls of the village played, he wrote “death is mild and terrorless as this serenest night. Here could I hope, like some enquiring child sporting on graves, that death did hide from human sight sweet secrets, or beside its breathless sleep that loveliest dreams perpetual watch did keep.”

Fear nothing and read on.

‘Common Ground’ is published by Cyan Books and is the work of 26.

Other quotations from Tim Coates Delane’s War: the story of John Delane of the Times.

Tim Coates is in a to-the-death struggle with the English Public Library Service.