We’re going on a story hunt!

Your chance to join our new 26 project

Do you know The Story Museum in Oxford? You might not, because it’s still in its relatively early days as it raises funds. The idea is to transform the wonderful old Post Office building in central Oxford into a space where adults and children, the general public and school parties can come and experience the joy of stories.

In April the first phase of rebuilding should be complete and The Story Museum (a charity) will open a new café with exhibition space around the building. The Story Museum is planning an exhibition called ’26 Characters’ and 26 has been invited to take part.

The main exhibition will feature 26 specially taken photographs of famous contemporary writers for children. Think of such a writer and he or she is almost certainly part of the exhibition. Each writer has been asked to choose a favourite character from their childhood reading, dress up in character (as, for example, Long John Silver or the Mad Hatter), then be photographed by award-winning Cambridge Jones. The portraits will form the exhibition.

Alongside each portrait will be a sestude (exactly 62 words, ’26 in reflection’). These sestudes will respond to the portrait or a detail in the portrait. And, of course, they will be written by members of 26 who volunteer to take part.

We decided to give priority, because it seemed fair, to members who attended Wordstock where we announced the project. As a result, we only have ten places still available.

If you want to take part in the project, which will kick off in a few weeks, let me know by 3 December. We’ll give priority now to those who haven’t previously taken part in a 26 project – let us know too if you have any other skills/enthusiasms to bring to this project. Obviously you need to be a 26 member and you need to have been a child at some point in your life – phew, you qualify. When applying please state your favourite character from your own childhood reading.

26 Words- The DNA of Language 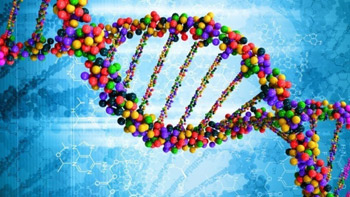 26th November sees the start of an unusual exhibition called 26 Words: exploring the DNA of language. We’ve collaborated on this with the Letter Exchange whose members are letter-cutters, calligraphers and type designers.

It all started in April when writers were paired with visual artists to create 26 collaborative partnerships. Each pair randomly chose a word to represent each letter of the alphabet by inserting a knife in a dictionary. The result was an extraordinary collection of words from acidulate to zaffre, taking in dig and undulate and connected along the way, the familiar and the unfamiliar, the everyday and the exotic but every word evocative. Each pair was asked to explore ideas through these single words, their meanings and their visual expressions. And a 27th pair was asked to collaborate to combine all the words into one work.

It’s been an exhilarating and enlightening journey in words, exploring their power to inspire our imaginations. We call it a successful experiment in seeing how creativity can be released by a single word – a single word randomly selected. Along the journey many serendipitous discoveries have been made, leading to intriguing and surprising collaborations, beautiful words and exciting visual interpretations in two and three dimensions.

The exhibition will run until 31 January 2014. And it’s already booked to go on tour to venues in Reading, Sunderland, Bruges, Snape and Hereford through the rest of next year. There’s a real buzz about this work, which means that other venues will be added in the years ahead. The original exhibition in London is also celebrating 26’s tenth anniversary and the twenty-fifth of Letter Exchange.

There will be a specially designed booklet to accompany the exhibition, for sale at the venues. Those taking part have also been writing about their collaborations over the past few weeks.

We hope you can make it. If not, all the artworks will be on display on our website once the exhibition is up and running. 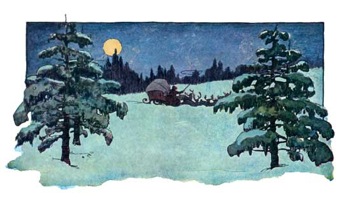 We’re almost ready to welcome you to our 26 Stories for Christmas this year, which is our online poetry advent calendar. The sestudes are written, the illustrations chosen and the site is ready to go up… it’s only a few days away now. As this year the project is in aid of the Teenage Cancer Trust and It’s Good 2 Give – two very worthy children’s charities – we’d like to ask you for help. When the site goes live, will you share it? It doesn’t matter if that’s on Facebook, twitter, with a few old-fashioned emails or even more old-fashioned, by word of mouth. We really want to spread the joy and get a buzz going… We go live on 1 December when door number 1 will open on a child’s illustration and a sestude inspired by it. Then a new door will open every day for, well, 26 days of course! Please visit, donate a little Christmas cheer to our lovely charities and most importantly, tell other people what we’re doing. Anything you can run to will be greatly appreciated.