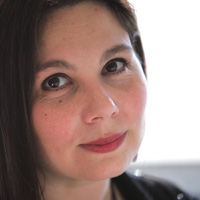 If you missed Tessa Ross’s talk, don’t cry in your soup. Watch the video.

Last month, 26 hosted a pretty special talk at The Free Word Centre in Clerkenwell. The evening featured Tessa Ross, Controller of Film4, film industry legend and bona-fide ‘shy genius’. Tessa talked to an enthralled audience about writing for film, and the event – sponsored by Quietroom – was a total sell-out.

Those of you who weren’t lucky enough to get hold of a ticket can now watch the full version of Tessa in action here. So grab some popcorn, settle in, and brace yourself for a genuinely inspirational talk from one of the loveliest, cleverest and most insightful women in British cinema.

…and there was plenty to drink, at the Betsey Trotwood on 2 July when we enjoyed the second twenty-six tenth anniversary writers’ talks of twenty-thirteen. All of which, as those present on the night will attest, adds up to one million forty-six thousand, seven hundred and sixty.

A very impressive number, you’ll agree. But not as impressive as the quality and diversity of the stories we enjoyed from our exotic entourage. From Roger Horberry’s insights into the writing of As I Died Lying, a collective novel cheekily drawing inspiration from Faulkner’s As I Lay Dying (and still available to subscribe to via Unbound!) to the eccentricities of Sir John Soane and his marvellous museum just along the road from the Betsey, in Holborn; and from Andy Hayes’ exhausting marathon across London with 26 Miles to Martin Lee’s hilarious interrogation of semiotics (with detailed reference to toothpaste packaging), there was truly something for every taste.

On a more serious note, self-proclaimed nomad Craille Maguire Gillies showed haunting pictures of Canadians forced to leave their homes by mass government resettlement programs of the 1960s and ‘70s, and Tricia Wombell took us on an eye-opening trip through the catalogue of black British writers, beginning with Olaudah Equiano in the eighteenth century. Susan Greenberg had the inspiration for the #tweetyourthesis social media campaign when she realised her own PhD thesis had reached 90,000 words. Her subject? Editing!

Finally, designer Mark Noad told the tale of the Pandora’s Box which he opened by redesigning Harry Beck’s classic map of the London Underground to make it more geographically accurate. Some loved it, others hated it (yes, Marmite got a look in…) but there was no doubting its usefulness and Mark has since developed variations and extensions based on his initial inspiration.

To top it all Alastair Creamer popped in to remind us that it’s only 129 writing days ‘til Wordstock (ok, he didn’t, but it sounds good). See you at the Free Word Centre on 9 November.

Well, no. He didn’t. That’s a load of rubbish. Made up by me. But I stand by the thought. Why else do archaeologists pore over medieval middens, Tudor-age tips and Roman refuse?

Throwaway Lines is an exercise in contemporary urban archaeology, using those often intriguing hand-written scraps discarded on the street to inspire new writing in tune with the zeitgeist.

At www.throwawaylines.org we’re half way through a new collection of thirteen pieces. So far we’ve enjoyed a wry take on contemporary art, a mourning mum winning big and a melancholy study of mental health, among other treats.

Catch up with the stories so far and read a new piece each Monday, Wednesday and Friday until the end of July.