Keep up to speed with 26 news and events, including updates on next month’s fabulous Wordstock, a soon-to-sell-out Masterclass on the Art of Persuasion by hostage negotiator Richard Mullender, plus news on 26 Ghosts and 26 Designs. 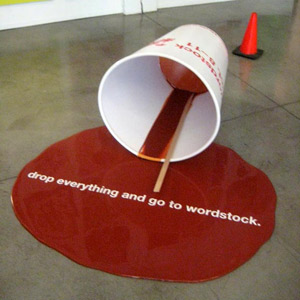 Wordstock, 26’s annual festival of words, is just three weeks away. The line-up for this one-day celebration of words, ideas and creative thinking looks better than ever. The star-studded line-up headlines with award winning Andy Serkis also known as Gollum from Lord of the Rings and The Beach novelist Alex Garland. There will be workshops on mapping out the future, writing everything from low-brow, hard-sell romance to storytelling for children, copywriting and much more, all aimed at giving your writing, both professional and personal, an electrifying boost. We’ll be launching a new collaborative 26 project or two on the day so come and be heard. And of course, there will be plenty of nourishing food for the stomach, as well as the mind and soul, plus satisfying book swaps. Reduced price tickets available to 26 members so don’t dilly. Or dally.

Andy Serkis
Andy is a director and award-winning actor, ‘soon to be seen as one of the greatest actors of his generation’, according to The Times. He’s perhaps best known for his portrayals of Gollum, King Kong and Caesar, the revolutionary ape in the Planet of the Apes films. But his accomplishments in non-CGI roles are varied: Ian Dury in Sex and Drugs and Rock’n’Roll , Ian Brady in Longford, and Albert Einstein in Einstein and Eddington .

He was a key player in the development of CGI and performance capture, and is now one of the world’s experts. He’s used this expertise in film, and in video games including Heavenly Sword and Risen. He also runs The Imaginarium Studios in Ealing. It’s currently producing an entirely performance capture version of Animal Farm , as well as contributing to 2015’s Star Wars and Avengers films.

Alex Garland
Alex is a novelist, screenwriter, producer and director. Many of you will know him as the bestselling author of The Beach. He also wrote the screenplay for the film, the first of many collaborations with director Danny Boyle. His other screenwriting credits include 28 Days Later, Sunshine and Dredd.

He’s also written for games and recently turned his hand to directing. His first film, Ex Machina , tackles how we use artificial intelligence, in this instance, housed in the body of a beautiful robot girl.

And plenty more…
There’s storytelling from The Ministry of Stories and performance poetry from Jacob Sam La Rose . Adrian Hon will talk about A History of the Future in 100 Objects and Mike Abrahams will show us how to map out the future. Fraser Southey gets poetic about pack copy and Michael Burdett tells us the remarkable story behind a lost Nick Drake recording.

Hoxton Street Monster Supplies will be selling treats to tempt your inner werewolf and we’ll have other goodies available, so bring some cash. And don’t forget our annual book swap, your chance to trade in your well-thumbed classics for something new.

We’ll also want to hear your predictions for the future, and will launch a brand new 26 project based on your suggestions.

We look forward to seeing you from 9.30am for a 10am start on Saturday 18th October at the Free Word Centre in Farringdon. You can snap up your reduced price member tickets here. Just enter 26memberticket in the promotional code box.

Master the poetry of the pack in the company of a brandnoodler who just can’t resist the invitation to sell the sizzle on any box, bottle or bag. If you’re ready to set your morals aside for 45 pun-enriched minutes, Fraser Southey, will explain how you too can:

Forget Innocent. The tone of voice for this session will be unashamedly hard-core and hard sell – definitely not for writers of a highbrow disposition. 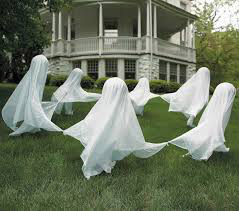 As the trees shed their summer coats and the dark draws in, 13 writers are carving out 13 original ghost stories – all of which will be revealed in time for Halloween. At the same time, 13 artists are working to transform these stories into visual works of art. Together, these pieces will make up our 26 Ghosts.

All of the new stories are inspired by an old tale. Some of these old tales are perhaps beyond living memory, while others are much closer to home, but all of them are said to be true. Our writers will lead us through many different settings, in many different styles – but readers will always experience a haunting.

Here’s a preview of the unsettling stories you can explore from October 18:

Out climbing in the alps, a hiker becomes lost in the fog. She takes shelter in a shepherd’s hut – but where’s the shepherd? And, once the hiker is there, why can’t she leave?

A man revisits the place where he was unhappiest. Can he escape the demons of his past? And there, by the sea, is he truly alone?

A couple holidaying in Italy inadvertently pitch up at Triora, the site of the last European witch trial. What is that tapping sound at the guest house window? Why do all the dairy products go sour straight away, even in the cold fridge? And what was it that the wife saw at the kitchen window? 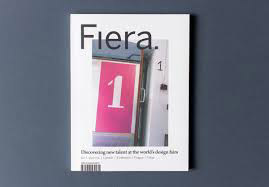 26 Designs will pair 26 writers with 26 new designers featuring their work at this month’s London Design Festival. Each writer will respond creatively in exactly 100 words to the works they have been assigned. The responses will run alongside fab illustrations in new design title Fiera Magazine, a biannual independent print magazine launching in November edited by 26er Katie Treggiden.